They appeared quite different one black, one white; one a quiet small town guy and the other an urbanite with a big smile. 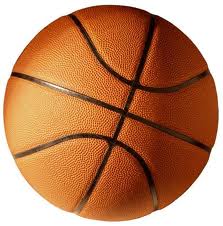 But, they had a common obsession.

And a common Temperament: Artisan.

They were competitive.  Very competitive — actually they both wanted to be the best, period.

They didn’t like each other.  Each were happy when they beat the other in the game of basketball.

During the 1978–79 NCAA season, Michigan State was led by Magic Johnson to the championship game of the NCAA Tournament, where they faced Indiana State University, which was led by senior Larry Bird. In what was the most-watched college basketball game ever, Michigan State defeated Indiana State 75–64, and Johnson was voted Most Outstanding Player of the Final Four. Magic Johnson would go on to be drafted by the Lakers, and Larry Bird by the Celtics. The personal rivalry formed by these two basketball greats during college would transfer to their NBA careers, and reignite the rivalry between the two storied franchises that they came to represent. [Wikipedia]

Larry Bird didn’t want to be friends.  Magic Johnson would have been if Bird wanted it, but he didn’t so, Magic said ok, that’s the way you want it, fine.  Game on.

What Artisans do most and best is work on their immediate environs in a tactical way. Tactics is the art of making moves to better one’s position in the here and now, whether those moves are dabbing oils on canvas, flying in rough weather, dishing off the basketball on a fast-break, or skirmishing on the battlefield. [Please Understand Me II]

Earvin Johnson grew up in the city of Lansing, Michigan, and played basketball all the time, before school and after school.   Super friendly, talkative, happy, active guy, Earvin Johnson knew what he was going to do from an early age: play in the NBA and be a business man.

He was a natural with people, and had a magnet personality. Bussed to a predominately white high school, when racial tensions were at a high in the 70’s,  Earvin was utilized by the principal to ease ethnic tensions. He was cool, dominate on the basketball court, and he would calm people down.  He excelled on the basketball court.  He loved the attention he got — “he wanted attention from anybody he could get it from.”  Earvin — “liked to dress” — “he had to look the part, and play the part.”  A sportscaster remarked “He was the first guy to have a posse, and they weren’t all black, there were some whites in there too.”  He seemed born to “perform.”   Yes, he was.

Performers are the people for whom it can truly be said “all the world’s a stage.” Born entertainers, they love the excitement of playing to an audience, and will quickly become the center of attention wherever they are. Performers aren’t comfortable being alone, and seek the company of others whenever possible — which they usually find, for they make wonderful playmates. Performers are smooth, talkative, and witty; they always seem to know the latest jokes and stories, and are quick with wisecracks and wordplay-nothing is so serious or sacred that it can’t be made fun of. Performers also like to live in the fast lane, and seem up on the latest fashions of dress, food, drink, and music. Lively and uninhibited, Performers are the life of the party, always trying to create in those around them a mood of eat, drink, and be merry. [Please Understand Me II]

Larry Bird was raised in French Lick, Indiana, a small town in a poor area in southern Indiana.  In the beginning that’s all he knew, and the carousing Bird boys were a rough crowd — Larry was often an instigator.  Larry would get into scrapes with other kids.  He loved to fish and do things with his father.  Work hard and play hard. “If you wanted to have money you had to get on your own: I worked in the school cafeteria, grocery store, put up hay.”  He was a quiet kid: to him action spoke louder than words.  He found basketball easy.

He worked very hard on basketball.  But that statement is misleading. Dr Keirsey explains the Artisan:

The idea of action for itself can best be understood by comparing “practice” with “compulsion.” Practice, first of all, is what we all do to improve our skill in preparation for performance or work. It is not for keeps, not for real, we know it doesn’t count, that it is mere rehearsal. Artisans, however, do not wish to practice, since it is only preparation for action later on. Artisans do not practice; they do. Indeed, the Artisan must do what he feels the urge to do. Sometimes this action can be excessive, going for many hours without pause, such excessive action being mistaken for “discipline” by observers of other temperaments. But this is not discipline; rather, it is action by compulsion, as if the Artisan is caught in its traction, feeling a necessity, as it were, to do his thing. Like the man who climbs a mountain because it’s there, the Artisan is only inarticulately aware of the sovereignty he gives his impulse. He must do whatever his impulse dictates and continue the action as long as the urge compels.

Larry Bird knew how to fight.  He wanted to win.  He didn’t want “a love fest, or fist pumping” —  He was a master of his “tool” of choice: the basketball, just like Michael Jordan, a fellow Crafter.

The nature of Crafters is most clearly seen in their masterful operation of tools, equipment, machines, and instruments of all kinds. Most us use tools in some capacity, of course, but Crafters are the true masters of tool work, with an innate ability to command tools and to become expert at all the crafts requiring tool skills. Even from an early age they are drawn to tools as if to a magnet — tools fall into their hands demanding use, and they must work with them.

Crafters are hard to get to know. Perhaps this is because they tend to communicate through action, and show little interest in developing language skills. Their lack of expressiveness can isolate them at school and on the job, and even though they hang around with their own kind in play, they let their actions speak for them, and their actual conversation is sparse and brief.

Both Magic and Bird competed hard against each other:

… the Johnson–Bird rivalry was so appealing because it represented many other contrasts, such as the clash between the Lakers and Celtics, between Hollywood flashiness (“Showtime”) and Boston/Indiana blue collar grit (“Celtic Pride”), and between blacks and whites. The rivalry was also significant because it drew national attention to the faltering NBA. Prior to Johnson and Bird’s arrival, the NBA had gone through a decade of declining interest and low TV ratings. With the two future Hall of Famers, the league won a whole generation of new fans, drawing both traditionalist adherents of Bird’s dirt court Indiana game and those appreciative of Johnson’s public park flair. Sports journalist Larry Schwartz of ESPN asserted that Johnson and Bird saved the NBA from bankruptcy. [Wikipedia]

The Honor of the Warrior, an Artisan credo, one respects your fellow competitor.

In the end, when Johnson contracted the HIV virus, Larry Bird immediately called him to ask if he was ok.  Magic was touched, he knew that when the chips are down, you find out who your TRUE friends are.

When it gets down to it, basketball is basketball.

When you face a crisis, you know who your true friends are. 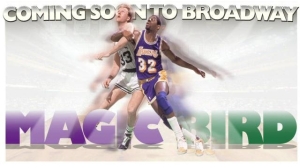 5 thoughts on “That Deep Bond of Rivals”