If I have seen a little further,
it is by standing on the shoulders of Giants.
Isaac Newton

We all know the quote. But often we don’t know the name of those Giants.

And she was not concerned that we know the true story, for in science, the shoulders are many and the results are what matter.

Newton’s giants were many: Copernicus, Galileo, Bruno, Kepler, Wallis, … But others were nameless.

And she was a giant, but who few know her name, for her almost contribution, or rather, her until recently uncredited contribution. For a man took that credit by publishing four years later essentially the same idea she had told him about — and that she deserved the real credit, for she was the first person to observe it and understand it.  Moreover, she had the imagination not blinded by “conventional wisdom:” the scientific heterodoxy, which wasn’t really science at the time, anyway. Consensus science is never a science.

But she didn’t know that…

She just reasoned by looking at the spectral data, using her knowledge of physics.  The Sun, and hence the Universe, was primarily composed of Hydrogen ions.

Cecilia Payne-Goposchkin was persuaded to discount her idea, because they, the men, the established astronomers, had assumed that that it couldn’t be true. 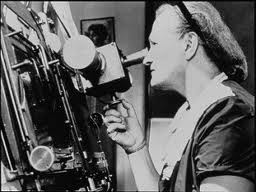 And they were wrong.  Henry Norris Russell and Harlow Shapley, her thesis advisors, persuaded her to dilute her findings by concluding that it was an  “anomalous excitation” as opposed to “enormous abundance.”

Shapley persuaded Cecilia Payne to write a doctoral dissertation, and so in 1925 she became the first person to earn a Ph.D. in astronomy from Radcliffe (now part of Harvard) for her thesis: “Stellar Atmospheres, A Contribution to the Observational Study of High Temperature in the Reversing Layers of Stars”. Astronomer Otto Struve characterized it as “undoubtedly the most brilliant Ph.D. thesis ever written in astronomy”. By applying the ionization theory developed by Indian physicist Megh Nad Saha she was able to accurately relate the spectral classes of stars to their actual temperatures. She showed that the great variation in stellar absorption lines was due to differing amounts of ionization that occurred at different temperatures, and not due to the different abundances of elements. She correctly suggested that silicon, carbon, and other common metals seen in the Sun were found in about the same relative amounts as on Earth, but that helium and particularly hydrogen were vastly more abundant (by about a factor of one million in the case of hydrogen). Her thesis thus established that hydrogen was the overwhelming constituent of the stars. When her dissertation was reviewed, she was dissuaded by Henry Norris Russell from concluding that the composition of the Sun is different from the Earth, which was the accepted wisdom at the time. However, Russell changed his mind four years later when other evidence emerged. After Payne-Gaposchkin was proven correct Russell was often given the credit. [Wikipedia]

Cecilia, a Rational, didn’t complain, and she was persuaded by Shapley to redirect her research in exploring photometry, variable stars, and eclipsing binaries.  She had a passion about learning about the world, from the beginning.

When Cecilia Payne was five years old, she saw a meteor and immediately decided to become an astronomer: “I was seized with panic at the thought that everything might be found out before I was old enough to begin,” wrote Payne-Gaposhkin at the end of her life.

After attending the academically prestigious St. Paul’s Girls School in London, Payne won a scholarship to study Natural Sciences at Newnham College, Cambridge University in 1919. At that time in England, a woman’s postgraduate career opportunities were limited to teaching. A brilliant student more interested in physics than natural sciences, she was advised by Professor Arthur Stanley Eddington to pursue graduate studies at Harvard College in the more liberal United States.

Payne-Gaposchkin’s career reflects her early and prodigious start; she published two major, enduring books on astronomy before the age of 30.

Payne-Gaposchkin’s enthusiasm for science and math was not in keeping with her English upper-class girl’s education, which strongly favored literary interests. In her autobiography The Dyer’s Hand, she recalled that “When I won a coveted prize … I was asked what book I would choose to receive. It was considered proper to select Milton, or Shakespeare. . . .I said I wanted a textbook on fungi. I was deaf to all expostulation: that was what I wanted, and in the end I got it, elegantly bound in leather as befitted a literary giant.

A person after my own heart.  Payne-Gaposchkin, an Engineering  Rational, probably an Architect Rational.  Interested in the idea, for the idea’s sake.

For Architects, the world exists primarily to be analyzed, understood, explained – and re-designed. External reality in itself is unimportant, little more than raw material to be organized into structural models. What is important for Architects is that they grasp fundamental principles and natural laws, and that their designs are elegant, that is, efficient and coherent. [Please Understand Me II]

Cecilia Payne-Gaposchkin writes in her autobiography that she hopes to be remembered for what she considers her greatest discovery:  “I have come to know that a problem does not belong to me, or to my team, or to my Observatory, or to my country; it belongs to the world” (p. 162)

To hear the sun, what a thing to believe,
But it’s all around if we could but perceive.
Moody Blues

We have many Giants (and others) that we stand on their shoulders.  And we don’t remember or even know the names and the results they represent, only occasionally do we see the light and and hear what those Giants of the past have reflected.

5 thoughts on “On the Shoulder of a Giant”