His voice was bubbly and full of enthusiasm: “You know it’s tantalizing.  — I feel I’m on the edge of something.”

That was last thing he said to his wife. 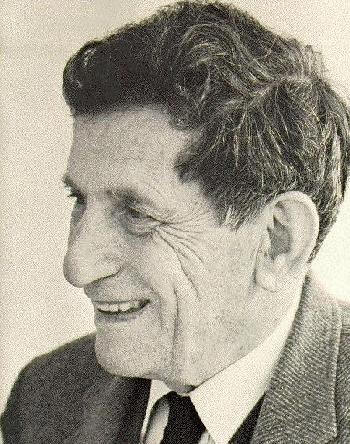 He had developed his own interpretation — a non-local hidden variable deterministic theory, the predictions of which agree perfectly with the nondeterministic quantum theory. His work and the EPR argument became the major factor motivating John Bell‘s inequality, the consequences of which are still being investigated. [Wikipedia, revised] 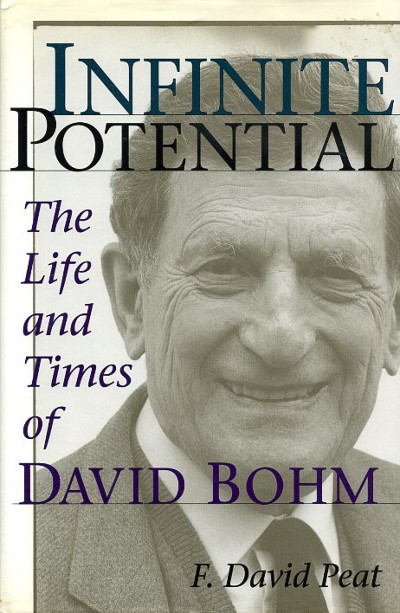 “… Our ordinary view holds that the field of the finite is all that there is.   But if the finite has no independent existence, it cannot be all there is.  We are in this led to propose that the true ground of all being is infinite, the unlimited; and that the infinite includes and contains the finite.  In this view, the finite, with its transient nature, can only be understood as held suspended, as it were beyond time and space, within the infinite.”

Einstein would have made him his assistant.  Richard Feynman was quoted as saying “You probably don’t know how great he is.”  But he had to be saved from idiots and some charlatans like Uri Geller, for he was always interested in new ideas — new possibilities — no matter how flakey they were.  David would talk to people with interesting (to him) new ideas that might give insight into existence. There was long and important friendship between him and mystic Krishnamurti, which went through a rocky interval in later years, and although they overcame their differences and remained friends until Krishnamurti’s death, the relationship did not reattain its previous intensity.

He felt that physics was not sufficient to describe the nature of our existence. He was always seeking better understanding.

“I would say that in my scientific and philosophical work, my main concern has been with understanding the nature of reality in general and of consciousness in particular as a coherent whole, which is never static or complete but which is an unending process of movement and unfoldment….” 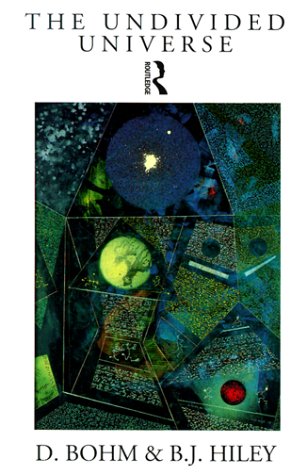 David Joseph Bohm FRS (20 December 1917 – 27 October 1992) was an American quantum physicist who contributed to theoretical physics, philosophy of mind, and neuropsychology. Due to suspicions of Communism during the McCarthy era, he left the US, eventually becoming a Brazilian, and later, a British citizen. Bohm is widely considered to be one of the most significant theoretical physicists of the 20th century. [Wikipedia]

In his view, subatomic particles such as electrons are not simple, structureless particles, but highly complex, dynamic entities. He rejects the view that their motion is fundamentally uncertain or ambiguous; they follow a precise path, but one which is determined not only by conventional physical forces but also by a more subtle force which he calls the quantum potential. The quantum potential guides the motion of particles by providing “active information” about the whole environment. Bohm gives the analogy of a ship being guided by radar signals: the radar carries information from all around and guides the ship by giving form to the movement produced by the much greater but unformed power of its engines. 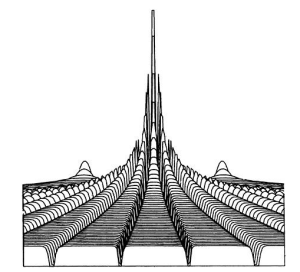 “Ruthless pragmatists about ideas, and insatiably curious, Architects are driven to find the most efficient means to their ends, and they will learn in any manner and degree they can. They will listen to amateurs if their ideas are useful, and will ignore the experts if theirs are not.”

“Healers have a profound sense of idealism that comes from a strong personal sense of right and wrong. They conceive of the world as an ethical, honorable place, full of wondrous possibilities and potential goods.” [Please Understand Me II]