It was three o’clock in morning, a cold winter day in New York City, he had left the Jazz club, and turned on the radio in his car.

He scanned the radio stations, listening.  Then he heard it. 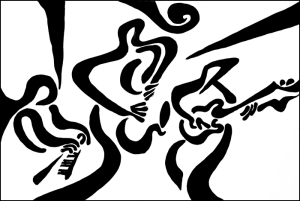 It was something new.

He knew natural talent when he heard it.

His ear was incomparable and he knew who and how to promote them.

From Billie Holiday to Bennie Goodman to Pete Seeger to Bob Dylan to Bruce Springsteen: generations of musicians. The Ultimate HIP.

John Henry Hammond II, Promoter Artisan, (December 15, 1910 – July 10, 1987) was an American record producer, Civil Rights activist, non-musician and music critic from the 1930s to the early 1980s. In his service as a talent scout, Hammond became one of the most influential figures in 20th century popular music.

John was definitely an odd looking bird.  But his nose for musical talent was second to none.

… they are men and women of action. When a Promoter is present, things begin to happen: the lights come on, the music plays, the games begin. Clever and full of fun, Promoters live with a theatrical flourish which makes even the most routine events seem exciting. Not that they waste much time on routine events. In work and in play, Promoters demand new activities and new challenges. Bold and daring at heart, and ever-optimistic that things will go their way … [Please Understand Me II]

Hammond from very early took a life route very different from his environment would indicate, the staid and hidebound world of the New York high society.  Rather, it was the free-wheelin’ and new kinds of music that was his passion, he essentially was one of the main drivers that promoted this new music into ‘popular music’.  He had an ear for the new, whether that be for Jazz, Blues, Folk, or Rock.

Born in New York to great wealth as the great-grandson of William Henry Vanderbilt, Hammond showed interest in music from an early age. At age four he began studying the piano, only to switch to the violin at age eight. He was steered toward classical music by his mother, but was more interested in the music sung and played by the servants, many of whom were black. He was known to go down to his basement to listen to the upbeat music in the servant’s quarters. He loved Sir Harry Lauder’s “Roamin’ in the Gloamin'”. While he was in the basement, the rest of his family in the greater part of the five-story mansion would listen to “the great opera tenor Enrico Caruso, as well as to standard classics by Beethoven, Brahms, and Mozart”.

Hammond noted that the first jazz music that he was exposed to was in London on a trip with his family around 1922. He heard a band called The Georgians, a Caucasian improvisational jazz group, and saw a Negro show called “From Dixie to Broadway”, that featured Sidney Bechet. This trip changed the way that he saw music. Upon his return to the states, he searched for records by Negro musicians but could not find them in the greater Manhattan area. He learned the Negro musicians had to sell within different stores, so he began to search for this music in Harlem.

In 1923, Hammond graduated from St. Bernard’s School at the age of 14. He persuaded his family to allow him to attend Hotchkiss School due to its liberal curriculum. Hammond’s love for music flourished. However, he felt limited within the confines of a boarding school. Hammond even succeeded in convincing the headmaster to allow him to go into the city every other weekend, a rare privilege, so that he could take lessons from Ronald Murat. However, the headmaster was not aware that outside of his formal lessons, he would sneak off to Harlem to hear the jazz music.

In the fall of 1929, Hammond entered Yale University, where he studied the violin and, later, viola. He felt a disconnect with his fellow students at Yale and saw himself as a man already well acquainted with the professional world. He made frequent trips into New York and wrote regularly for trade magazines. He withdrew from Yale, much to the disappointment of his father, a Yale alum, in 1931, he dropped out of school, for a career in the music industry, first becoming the U.S. correspondent for Melody Maker.

In 1931, he funded the recording of pianist Garland Wilson, marking the beginning of a long string of artistic successes as record producer. He moved to Greenwich Village, where he claimed to have engaged in bohemian life and worked for an integrated music world. He set up one of the first regular live jazz programs, and wrote regularly about the racial divide. [Wikipedia, revised]

“I heard no color line in the music…. To bring recognition to the negro’s supremacy in jazz was the most effective and constructive form of social protest I could think of.”

This pre-occupation with social issues was to continue, and in 1941 he was one of the founders of the Council on African Affairs. Hammond was given to exaggeration when speaking of his own achievements, but he had much to be acclaimed for.

Promoters are supremely self-confident, and do not hesitate to “blow their own horn.”

Hammond recorded Fletcher Henderson, Benny Carter, Joe Venuti, and other jazz performers during a time when the economy was bad enough that many of them would not have had the opportunity to enter a studio and play real jazz.  In 1934, Hammond is known to have introduced Benny Goodman and Fletcher Henderson. It is said that Hammond convinced the musicians to ‘swing’ the current jazz hits, so that they could play in a free manner like the original New Orleans Jazz.

The Promoter Artisans are always connected to where things are happening.

“… they [Promoters] make the very best trouble-spot administrators and negotiators, and they can be outstanding entrepreneurs, able to swing deals and kick-start enterprises in a way no other type can… ” [Please Understand Me II]

The schemes of Promoters can often break original ground.

Hammond always strived for racial integration within the musical scene. For this purpose, he frequently visited musicians in Harlem as to connect with musicians in their own area. While initially his race proved a problem in connecting with this community, he formed relationships with various musicians that allowed him to surpass this barrier. His friendship with Benny Carter gave him a status in this area that allowed him to enter this musical community.

He played a role in organizing Benny Goodman’s band, and in persuading him to hire black musicians such as Charlie Christian, Teddy Wilson and Lionel Hampton. In 1933 he heard the seventeen-year-old Billie Holiday perform in Harlem and arranged for her recording debut, on a Benny Goodman session.

He was a talent scout for 54 years, transforming the music and the recording industry of the 20th century.  He was inducted into the Hall of Fame of Rock and Roll in 1986. 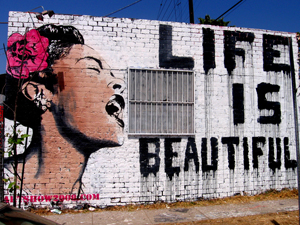 Yes, it was three o’clock in morning, a cold winter day in New York City, John H. Hammond had left the Jazz club, and turned on the radio in his car.

Hammond scanned the radio stations, listening.  Then he heard the sound.

Hammond brought the orchestra to New York, where Count Basie and his orchestra began to receive national attention.

Once a Promoter, always a Promoter.  It was his natural talent.  It’s called Temperament.

3 thoughts on “The Talent Scout”