That’s what he was asking him-self.

Why was his father so violent?

And Why — didn’t — he become violent?

He wasn’t as interested in who, when, where, or what: but why.  To answer the why, he also had to come up with the how — individuals become violent.

In asking these why questions, and researching for answers, he ended up with a useful and profound answer.

His answer is on the nature and nurture of the SELF: The Self as Soliloquy. And we all have a SELF.

But that’s not the whole story….

…  Everyone’s judgment is colored by his worldview, or Weltanschauung as the Germans would have it. Doug Casey

A World View — A Philosophy — everybody has one: and no, Philosophers are not anything special or different.

“The history of philosophy is to a great extent that of a certain clash of human temperaments. Undignified as such a treatment may seem to some of my colleagues, I shall have to take account of this clash and explain a good many of the divergences of philosophers by it. Of whatever temperament a professional philosopher is, he tries, when philosophizing, to sink the fact of his temperament. Temperament is no conventionally recognized reason, so he urges impersonal reasons only for his conclusions. Yet his temperament really gives him a stronger bias than any of his more strictly objective premises. It loads the evidence for him one way or the other, making for a more sentimental or hard-hearted view of the universe, just as this fact or that principle would. He trusts his temperament. Wanting a universe that suits it, he believes in any representation of the universe that does suit it. He feels men of opposite temper to be out of key with the world’s character, and in his heart considers them incompetent and ‘not in it,’ in the philosophic business even though they may far excel him in dialectical ability.” — William James

Lonnie Athens is no exception.  That is, to a significant degree, why he wasn’t violent as his father was.

Lonnie’s life and groundbreaking theory of the self is briefly chronicled in Richard Rhodes’ Why They Kill: The Discoveries of a Maverick Criminologist.

His father was violent.  Very violent.  A tough man.  An impulsive man. A very violent Artisan.  Probably a Promoter Artisan.

However, Lonnie was not “a chip off the old block” — he was not like his father.

Lonnie was naturally more introspective, not impulsive — as his father was.

Lonnie’s father, Pete, was violent to Pete’s wife, Lonnie, and Lonnie’s brother.  And the Athens family lived in a poor and very rough section of Richmond, Virginia.  There was lots of violence that Lonnie observed as he was growing up.

Lonnie would fight back, even though he was small.  But the most important skill he learned in that hell-like environment was a good bull-shit detector.

The public library gave Lonnie a safe haven from home and the streets of Richmond.  With some encouragement from a few caring mentors, Lonnie was able to get a scholarship to college and escape his violent world.  But he still had a burning question.

Tempered by a wry humor in acknowledging how as a young man he’d hoped to solve the riddle of violent crime: ‘‘I saw myself, foolishly, becoming the Darwin of criminology.”

Not so foolish, Lonnie.

He was educated at Virginia Polytechnic Institute, where he started majoring in political science but later changed his major to Sociology and Criminology. After graduating from Virginia Tech, Athens continued his criminology studies at the University of Wisconsin, where he encountered the theory of George Herbert Mead about the “self”. [Wikipedia,  revised]

After college Athens continued to interview inmates about their criminal lives and social experiences.

He had found Mead’s theory of the “self” incomplete.  On the other hand, he found the literature and statistical methods of sociology and psychology, completely useless in explaining criminality — in other words, he saw though the academic bullshit.

Athens focused on the areas of Iowa and California for his interviews. He also worked as a probation and parole officer in northern Virginia in 1986. He took all of his findings and his studies and put them together in the book, The Creation of Dangerous Violent Criminals, in which he discusses his theory and the cases he had to look at along the way. [Wikipedia]

‘A qualitative and not a quantitative social scientist, Athens interviewed prisoners in maximum security prisons in Iowa, California and elsewhere, predominantly men. Dangerous men. His hope was to bypass inmates’ typical narratives and get to ”what they actually thought and felt when they assaulted or raped or killed.” He claims to have had no preconceived ideas: his goal was to acquire what he calls beautiful narrative. ”I was looking for an authentic story,” he writes, ”and once they hit authenticity it was like a high for me. Because I knew when it was authentic.” (His subjects thought his enthusiasm bizarre: ”They’d say, ‘Man, what . . . is wrong with you? You’re sicker than we are. . . . You ought to be in here instead of us.’ And I would laugh.”)’

Although Mead’s theory was inadequate, it served as a starting point into Lonnie’s research. Mead had this notion of “the generalized other” as being part of the self. We incorporate the people (of our “community”) that we had interacted with in the past, into the “other.” We aren’t usually aware of that “other” even when we are “talking with it.”  Lonnie realized in trying the answer the why question of stark differences between individuals in their attitude about committing to violence, it was clear that Mead’s conception was too vague when talking about “communities,” but that Mead was on to something.

Lonnie Athens refined and transformed Mead’s conception by coming up with metaphors of “phantom communities” and “phantom companions” — and we “talk to them”: as in a soliloquy.

What is the Self?

“I am a man, and I want to be treated like a man. Hell, I’m easy to get along with just as long as people don’t take me too light.  I just don’t play.  When I tell somebody something, I mean it.  I don’t want to hear a lot of horseshit about who did what.  I don’t care who a person is or who they think they are, either; they better not play around with me.  I’ll show them who in the hell they’re playing with.  They’ll find out fast that they aren’t fucking with any boy when they fuck with me.  I’ll put my foot in their ass quick.  Once I get started on them, I’ll fix their ass up right. I ruined more than one good man in my time, and Jack, I’ll do it again too.  That’s the way I am, and that’s the way I’ll be until the day I die.  Everybody knows that’s the way I am.”  [Pete the Greek, Lonnie’s father. Why They Kill, page 85]

We have met the enemy,
And they are us!
Pogo

The Self is a fabrication of nature (our Temperament, what our inborn preferences are) and nurture (the result of the interaction with that Temperament in that environment that we grow up in).  And there are People Patterns in that.

Mistakes were made, but not by me! 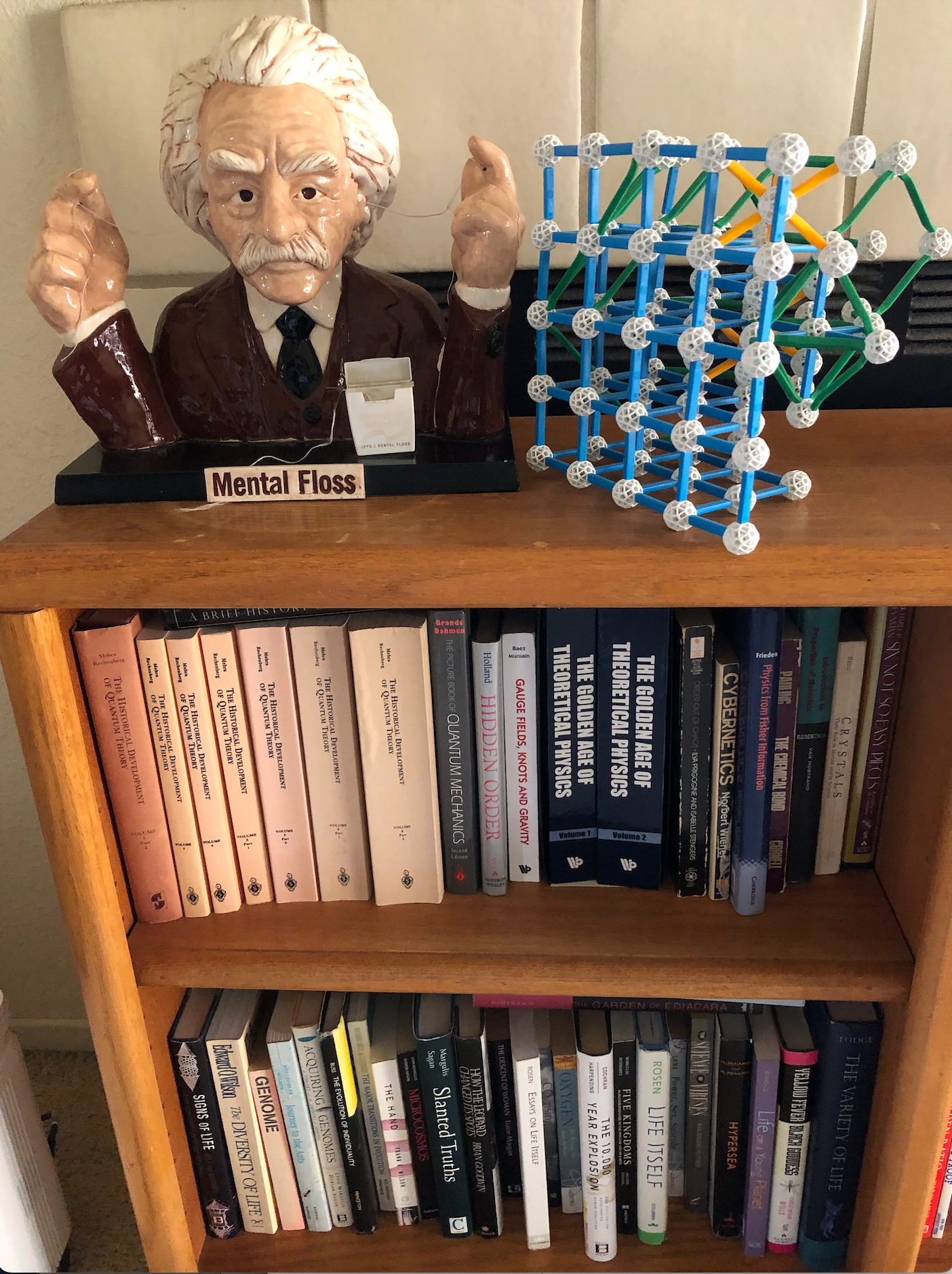