He had a PhD in Chemistry.

But he hadn’t used that fact for decades.

Rather, he had used his natural talent in understanding and using Human Chemistry, not Physical Chemistry. 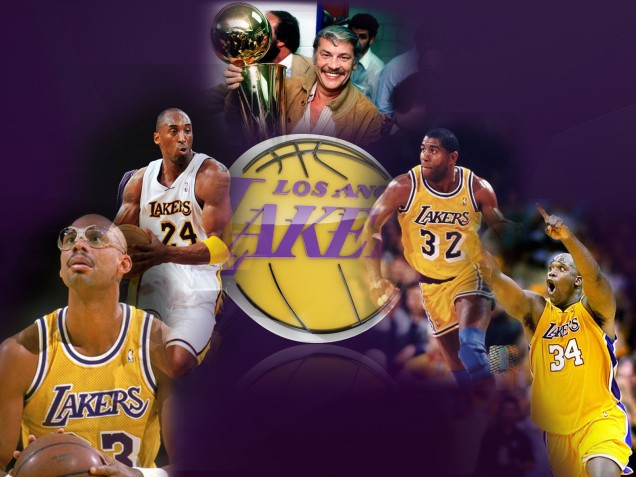 Gerald Hatten “Jerry” Buss, Fieldmarshal Rational, (January 27, 1933 – February 18, 2013) was an American businessman, real estate investor and chemist. He was the majority owner of the Los Angeles Lakers professional basketball team in the National Basketball Association (NBA), winning 10 league championships that were highlighted by the team’s Showtime era during the 1980s. Buss also owned other professional sports franchises in Southern California. Announced as a member of the 2010 induction class of the Basketball Hall of Fame on April 5, 2010, he was formally enshrined as a contributor to the sport on August 13 of that same year. [Wikipedia,revised]

Visionary and pathfinder, he transformed the Lakers and the sport franchise business forever.  That was pretty good for a child of the Depression.

‘At the age of 4, Jerry Buss was standing in a bread line on the frozen soil of Evanston, Wyo., a gunny sack in hand, waiting for the food that would keep him and his single mother, Jesse, alive for another day.  It was 1937, the effects of the Great Depression still gripping the nation.  By the time he had turned 6, Buss’ duties had expanded to include trekking around town in search of old telephone books or other paper products that could be stuffed into the fireplace to provide warmth in a house devoid of heat.’

Moreover, Jerry was very bright, and despite his hard-scramble beginnings, he earned a scholarship to the University of Wyoming, graduating with a B.S. degree in two and a half years in 1953. He attended the University of Southern California (USC), where he earned an M.S. and Ph.D. in physical chemistry in 1957 at the age of 24.  Eventually he became a faculty member of USC which is a major university in Los Angeles with a traditional tie with business.  In order to have more time to teach, he started investing in real estate, and one of main centers of real estate boom of the United States in the second half of the 20th century was Los Angeles.  He became so successful in real estate, he did it full time.  He was able to buy the Lakers in 1979.

Fieldmarshals will usually rise to positions of responsibility and enjoy being executives. They are tireless in their devotion to their jobs and can easily block out other areas of life for the sake of their work. Superb administrators in any field – medicine, law, business, education, government, the military – Fieldmarshals organize their units into smooth-functioning systems, planning in advance, keeping both short-term and long-range objectives well in mind. [Please Understand Me II]

‘What made the Lakers great was Buss, who in so many ways was the model owner, the sort that every fan wants: generous with his payroll, methodical in his decisions, competitive and engaged, but never a meddler.

Buss paid to acquire the best players, rarely thinking about his profit margin. He hired the best basketball minds — Jerry West, Pat Riley, Phil Jackson — and got out of their way, recognizing that riches do not equate to basketball expertise.

“His vision was second to none,” West said in a statement. “He wanted an N.B.A. franchise brand that represented the very best and went to every extreme to accomplish his goals.”

In West, Buss had a basketball savant running the show. And he gave him all the autonomy and resources he needed to build and rebuild the dynasty, from Magic and Kareem to Kobe and Shaq. After West stepped away, his protégé Mitch Kupchak refashioned the dynasty once more, acquiring Pau Gasol to help Kobe Bryant win two more titles.’

‘This passion for life made Jerry a modern Renaissance Man. He was a beloved college professor, a courageous entrepreneur, and a generous philanthropist. No matter what he did, he was a success. Perhaps his greatest quality was his willingness to share his success with everyone else.

When I think of Jerry, I like to picture him at his beloved poker table where he had great success in several major tournaments. I think of him sitting there with the world’s best poker players, staring them down, and suddenly pushing all his chips into the middle and declaring with a twinkle in his eye, “All in!” That’s the way Jerry lived his life. All in, all the time.’  [Kareem Abdul Jabbar]

Great leader is someone who releases the potential energy of his/her followers.  Human chemistry.

He believed in Magic: Magic Johnson.  The Magic of Human Chemistry.

And as he said to Kobe Bryant — “Trust me”

Yes, Jerry Buss knew the mathematical odds and the chemistry.  And he taught it to all of his students. He was all in.

We’re very pleased to have Phil return to the Lakers as our head coach, … His record speaks for itself and his success in this sport is unparalleled. Quite simply, Phil is the best coach in the business and probably the greatest coach of all time.