She took his advice.   For he was persuasive and he had her best interest in mind.  It was Common Sense in his mind.  He knew the value.  He pushed the napkin toward her.

And she became wildly successful.  Almost 3 billion dollars worth.

But his day job was to be a critic.  A Movie Critic. He would often say and do thumb down.

Although he was a mere movie critic, he was in the arena of life, like all of us, however.  And he was concerning and constructive.

Lucky for her.  Thumb up.  He knew what he was talking about.

He gave his opinion on what movies were good, thumb up, or not so good, thumb down, and you decide.  With his partners it was two thumbs up.  It was his business to be familiar with the movies and the entertainment industry.  He did it for 46 years. 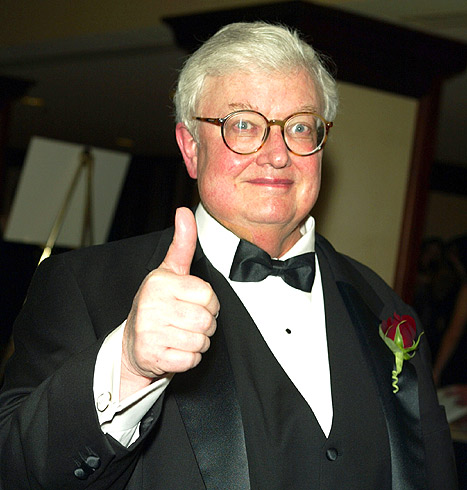 Roger Joseph Ebert, Provider Guardian, (pron.: /ˈiːbərt/; June 18, 1942 – April 4, 2013) was an American film critic, journalist and screenwriter. He was a film critic for the Chicago Sun-Times from 1967 until his death. In 1975, he was the first film critic to win the Pulitzer Prize for Criticism. As of 2010, his reviews were syndicated to more than 200 newspapers in the United States and abroad. Ebert also published more than 20 books and dozens of collections of reviews.

Ebert and Chicago Tribune critic Gene Siskel helped popularize nationally televised film reviewing when they co-hosted the PBS show Sneak Previews, followed by several variously named At the Movies programs. The two verbally sparred and traded humorous barbs while discussing films. They created and trademarked the phrase “Two Thumbs Up,” used when both hosts gave the same film a positive review. After Siskel died in 1999, Ebert continued hosting the show with Richard Roeper.

In 2005, Ebert became the first film critic to receive a star on the Hollywood Walk of Fame. Neil Steinberg of the Chicago Sun-Times said Ebert “was without question the nation’s most prominent and influential film critic”, Tom Van Riper of Forbes described him as “the most powerful pundit in America”, and Kenneth Turan of the Los Angeles Times called him “the best known film critic in America”. [Wikipedia, revised]

But he was more than just a critic.  He knew the entertainment business and understood commerce.  Guardians, especially Provider Guardians can be good at business.  They know the value of things like the back of their hands.

Guardians® (SJs) are the cornerstone of society, for they are the temperament given to serving and preserving our most important social institutions. Guardians have natural talent in managing goods and services–from supervision to maintenance and supply — and they use all their skills to keep things running smoothly in their families, communities, schools, churches, hospitals, and businesses.

Oprah Winfrey, a Teacher Idealist, had been persuaded by Roger to “syndicate her show” — so Oprah could participate in the upside of her show going national.   Oprah, not be much of a business woman in the beginning, was able to benefit from the advice she took  from Roger greatly.  The Oprah Winfrey Show was a huge success, and eventually Oprah learning from her experience in syndication, went on to her OWN network.  Roger and Oprah were life long friends.

Friendly, outgoing, neighborly – in a word, Providers are gregarious, so much so that they can become restless when isolated from people. They love to talk with others, and will often strike up a conversation with strangers and chat pleasantly about any topic that comes to mind. [Please Understand Me II]

Roger Ebert was always humble and never complained publicly.  His criticism was concerned and constructive.

“Reviews went far deeper than simply thumbs up or thumbs down.  He wrote with passion through a real knowledge of film and film history, and in doing so, helped many movies find their audiences”  — Steven Spielberg.  [emphasis added]

In early 2002, Ebert was diagnosed with papillary thyroid cancer which was successfully removed in February. In 2003, he underwent surgery for cancer in his salivary gland, which was followed up by radiation treatment. He was again afflicted with cancer in 2006. In June of that year, he had surgery to remove cancerous tissue near his right jaw. A week later he had a life-threatening complication when his carotid artery burst near the surgery site. He was confined to bed rest and was unable to speak, eat, or drink for a period of time, necessitating the use of a feeding tube.  … In December 2012, Ebert was hospitalized with a fractured hip. On April 2, 2013, he announced that he would be taking a “leave of presence” from his duties because the hip fracture was determined to be cancerous and would require radiation treatment.  [Wikipedia, revised]

His final published review was for the film To the Wonder, which he gave 3.5 out of 4 stars. It was published on April 6, 2013.

I am beneath everything else a fan.

4 thoughts on “The Concerning and Constructive Critic”