What is variant and what is invariant?

That is an important question.

For the answers depend on circumstance, partly.

Actually, the more precise question is WHAT WILL STAY EQUIVALENT?  For everything never stays the same.

The river is like Siddhartha himself,
and the life of any person.
It is unchanging and yet it is always changing within,
deeper inside beneath the surface.
Siddhartha — Albert Camus

“Each is a perfect foil to the other, and the life of each , in large measure, supplies what is lacking in the other.”  — Eric Temple Bell

Cayley’s life was serene, Sylvester, as he himself bitterly remarked,  spent much of his spirit and energy “fighting the world.”  James Joseph Sylvester was Jewish, discriminated against, never married, and did his best work in his sixties, completely exploding the myth that mathematicians had to be young to do their best work.  Arthur Cayley was a Gentile, and he married, and one of the most prolific mathematicians ever. 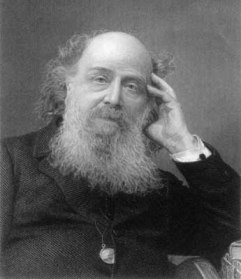 James Joseph (Sylvester), Inventor Rational, (3 September 1814 – 15 March 1897) was an English mathematician. He made fundamental contributions to matrix theory, invariant theory, number theory, partition theory and combinatorics. He played a leadership role in American mathematics in the later half of the 19th century as a professor at the Johns Hopkins University and as founder of the American Journal of Mathematics. At his death, he was professor at Oxford. [Wikipedia, revised]

“On his return to England Sylvester worked as an actuary and was secretary at the Equity Law and Life Assurance Company. However, he also gave mathematics tuition with his pupils including Florence Nightingale. He decided to study law and, by good fortune, Cayley was also studying to become a lawyer. Both met at the courts of Lincoln’s Inn in London and they discussed mathematics as they walked around the courts and, although very different in character, they became life long friends.”

Sylvester tried hard to return to being a professional mathematician and he applied for a lectureship in geometry at Gresham College, London in 1854 but he was not appointed. Another failed application was for the chair in mathematics at the Royal Military Academy at Woolwich, but, after the successful applicant died within a few months of being appointed, Sylvester became professor of mathematics at Woolwich.

Sylvester was fiery and passionate … Sylvester never wrote a paper without foot-notes, appendices, supplements, and the alterations and corrections in his proofs were such that the printers found their task well-nigh impossible. … Sylvester satisfied the popular idea of a mathematician as one lost in reflection, and high above mundane affairs. 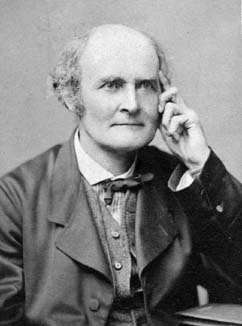 We are always changing and we are staying the same.

Arthur Cayley F.R.S., Architect Rational, (16 August 1821 – 26 January 1895) was a British mathematician. He helped found the modern British school of pure mathematics. As a child, Cayley enjoyed solving complex maths problems for amusement. He entered Trinity College, Cambridge, where he excelled in Greek, French, German, and Italian, as well as mathematics. He worked as a lawyer for 14 years. He postulated the Cayley–Hamilton theorem—that every square matrix is a root of its own characteristic polynomial, and verified it for matrices of order 2 and 3. He was the first to define the concept of a group in the modern way—as a set with a binary operation satisfying certain laws. [Wikipedia, revised]

The theory of Invariants sprang into existence under the strong hand of Cayley, but the it emerged a complete work of art, for the admiration of future generations of mathematicians, was largely owing to the flashes of inspiration with which Sylvester’s intellect illuminated it. — P. A. MacMahon.

As for everything else, so for a mathematical theory: beauty can be perceived but not explained.

Mathematics is the music of reason.

“If this is arrogance, then at least it is not vanity, and without question it has driven the Engineers to take the lead in molding the structure of civilization.”  — Dr. David West Keirsey

Examples of The Engineering Rationals:

2 thoughts on “The Exceptional Twins”