1.a. The act of entailing, especially property.
b. The state of being entailed.
2. An entailed estate.
3. A predetermined order of succession, as to an estate or to an office.
4. Something transmitted as if by unalterable inheritance. 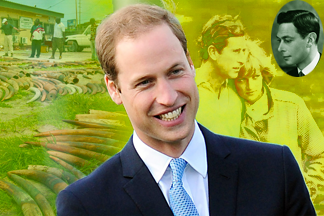 What, we might ask, is this thing called “temperament,” and what relation does it have to character and personality? There are two sides to personality, one of which is temperament and the other character. Temperament is a configuration of inclinations, while character is a configuration of habits. Character is disposition, temperament pre-disposition. Thus, for example, foxes are predisposed — born — to raid hen houses, beavers to dam up streams, dolphins to affiliate in close-knit schools, and owls to hunt alone in the dark. Each type of creature, unless arrested in its maturation by an unfavorable environment, develops the habit appropriate to its temperament: stealing chickens, building dams, nurturing companions, or hunting at night. [Please Understand Me II] 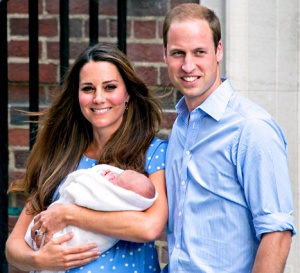 Prince William gives the impression of being a well-mannered, responsible and mature young man who shows a strong sense of duty and loyalty to the royal family, fully aware of the role he is to play in the future as the King of England.

Prince William, a Protector Guardian, Duke of Cambridge  (William Arthur Philip Louis; born 21 June 1982), is the elder son of Charles, Prince of Wales, and his first wife, Diana, Princess of Wales. His paternal grandparents are Queen Elizabeth II and Prince Philip, Duke of Edinburgh. His great-grandfather is George VI.  He is second in line to succeed his grandmother, after his father. [Wikipedia, revised]

He seems very much like his Protector Guardian, Great-Grandfather, George VI, father of Queen Elizabeth II 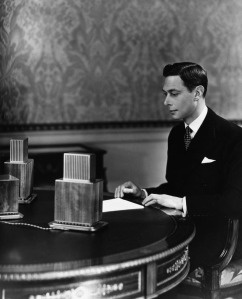 [Protectors] enjoy assisting the downtrodden and can handle disability and neediness in others better than any other type. [Protectors] are vigilant in their protecting, and seem fulfilled in the degree they can insure the safekeeping of those in their family, their circle of friends, or their place of business, or Nation. [Please Understand Me II, revised]

William’s mother, Princess Diana, a Healer Idealist, started early in exposing her son in helping people.  He has taken her interest in comforting people, to heart, in his own way.  He has become a major philanthropist.  And, he has developed special interest and concern of the destruction of the wild animals of Africa by poachers and has been working for the animals’ protection and preservation of their habitats.

William became aware of HIV/AIDS in the mid-1990s, when his mother began to take her two sons to visit shelters and clinics for those suffering from the disease. In January 2005, William and his brother volunteered at a British Red Cross aid distribution centre to pack emergency supplies for countries that were affected by the 2004 Boxing Day tsunami. Later, in September, William granted his patronage to Centrepoint, a charity that assists the homeless.  During the period when his mother had been patron of Centrepoint, he had accompanied her on visits to its headquarters and projects.

William also worked in the children’s unit at The Royal Marsden Hospital for two days of work experience in 2005, as well as helping out in the medical research, catering, and fund raising departments. The same year, he spent two weeks in North Wales with a mountain rescue team. In May 2007, William became patron of both organisations (his mother had also previously been patron of the Royal Marsden Hospital) and he became attracted to Mountain Rescue England and Wales in order to, in his words, “highlight and celebrate the vital, selfless and courageous work of our mountain rescue organizations”.

The Prince also became a patron of the Tusk Trust in December 2005, a charity that works towards conserving wildlife and initiating community development, including providing education, across Africa. He became associated with the organization after he witnessed its work first hand in Africa. Saying “rural African initiatives that foster education, responsibility and participation in the local community light the way to conservation”, he carried out his first official duty with the trust in launching a 5,000-mile (8,000 km) bike ride across the African continent in 2007. In 2010, he became a patron of 100 Women in Hedge Funds Philanthropic Initiatives.

In March 2011, the Duke and Duchess set up a gift fund held by The Foundation of Prince William and Prince Harry to allow well-wishers who wanted to give them a wedding gift to donate money to charities instead. The gift fund supported 26 charities of the couple’s choice, incorporating the armed forces, children, the elderly, art, sport and conservation. These causes are close to their hearts and reflect the experiences, passions and values of their lives so far. [Wikipedia, revised]

Trained in military matters, Prince William announced that he would be leaving the military. He has decided to focus on his royal responsibilities and his charity work. Prince William will devote much of his energy to wildlife conservation. He explained that:

“The threats to our natural heritage are extensive, but I believe that this collaboration of the best minds in conservation will provide the impetus for a renewed commitment and action to protect endangered species and habitats for future generations.”