My father died on July 30th, 2013 and I intend to honor him, if I can, by writing a blog about him and the consequences of me integrating his ideas every year.  First year,  Second Year, Third Year, Fourth Year, Fifth Year, Sixth Year. this is the Seventh Year. 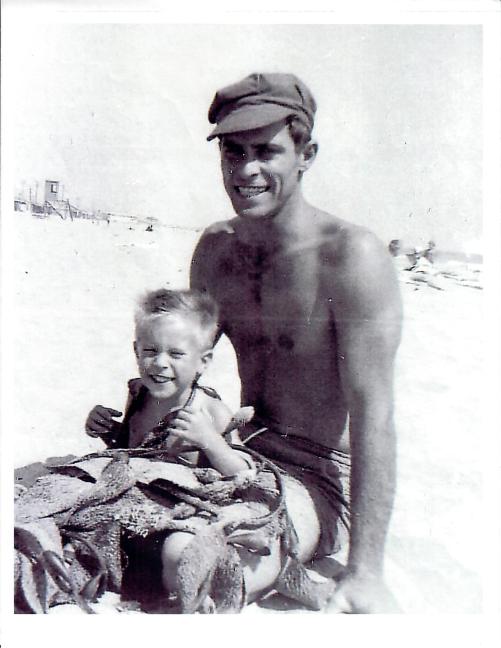 My father, near the end of his life, considered himself the last Gestalt Psychologist. When I was very young I was fearful of kelp seaweed: my father showed me that it couldn’t hurt me, so I shouldn’t be afraid of it.   I learned from him. If you understand something, you can reason about it.   If you only have a correlation, you can’t be sure of the factors. He was never afraid to question conventional wisdom or the current fashionable and entrenched ideas (however old or fast those ideas were).

As a clinical school psychologist he was on the front line against invasion of chemical psychiatry into K-12 schools, and he saw how they used “their pseudo-scientific expertise [and argot]” to fool and trap kids and parents into approving the use of brain disabling drugs, within the “educational system” and with the implicit pressure and blessing (and relieving of responsibility) of the teachers and administrators.  He also didn’t buy into the dominant paradigms of the first half of 20th century of Freudian psychology and the correlational “blank slate” behaviorism of Watson and Skinner.

“If you don’t understand something said, don’t assume you are at fault.”
— David West Keirsey

Throughout my discussions and debates with him in my lifetime, he talked about ideas.   We talked about philosophy, science, mathematics, computers, people, and life.

Hegel’s dialectic, a general of view of that “polarized” development as the “nature of things,” was in the background of our discussions and debates.  My natural interest and education in the STEM (Science, Technology, Engineering, Mathematics) and the up and coming Information and Computer Sciences, I argued for Informational Factor Analysis, but really implicitly believed and talked about Quantitative Factor Analysis via measures as a counterpoint to my father’s often rhetorical questioning and my naivety.  It was only when I read Robert Rosen’s Life Itself, did it finally click in how to relate an ad-hoc “atomistic” Quantitative Science with an ad-hoc “wholistic” Qualitative Science.  It took me many years to be able to incorporate my father’s “Gestalt” methodology with “my” Science into what I now call Gestalt Science or Formatics.

There is two ways of doing a scientific calculation according to Enrico Fermi: either have a clear physical model in mind or have a rigorous mathematical basis.

In Gestalt Science, I posit that you need to have four things:
1) a solid informational Framework,
2) clear physical models,
3) a rigorous finite mathematical basis,
4) a flexible envolutional and involutional model.

Without the four components in a configurational process model of reality, there will be some things missing, hidden, and not even wrong;  in other words:  one will have an imprecise and incomplete understanding. For example, the ersatz concepts of dark energy and dark matter suggest that particle physics and cosmology fields have a grossly incomplete picture of how the universe evolved.

“I slowly came to recognize that my instincts had been correct; that the computer, physical, and mathematical universes had much of value to offer me, which could not be acquired in any other way. I saw that these kind of thoughts, though nominally garbed in syllogistic and rhetorical dress, was really about patterns; you had to learn to see the patterns through the garb. This is what might be called “scientific maturity”. I learned that it was from such patterns that the insights and theory really sprang, and I learned to focus on the former rather than the latter.” — David Mark Keirsey

“The purpose of computing is for insight, not numbers” — Richard Hamming

We can’t solve problems by using the same kind of thinking
we used when we created them.
— Albert Einstein

One needs to be educated in (or self-educated, or at least reasonably versed) of all  physical sciences, to name a few domains: ecology, chemistry (physical, organic, network thermodynamics), electrical engineering (analog and digital circuits), biology, economics, cosmology, mechanical engineering (statics and dynamics), material science, physics (gravity, atomic, nuclear, plasma, electro-magnetism, GR, QM).  And knowing the history of each of these fields of study is important.

“This brings up an interesting question: Why is it that particles with half-integral spin are Fermi particles whose amplitudes add with the minus sign, whereas particles with integral spin are Bose particles whose amplitudes add with the positive sign? We apologize for the fact that we cannot give you an elementary explanation. An explanation has been worked out by Pauli from complicated arguments of quantum field theory and relativity. He has shown that the two must necessarily go together, but we have not been able to find a way of reproducing his arguments on an elementary level. It appears to be one of the few places in physics where there is a rule which can be stated very simply, but for which no one has found a simple and easy explanation. The explanation is deep down in relativistic quantum mechanics. This probably means that we do not have a complete understanding of the fundamental principle involved. For the moment, you will just have to take it as one of the rules of the world.…The principle seems so simple… I cannot help you, we understand it more mathematically than physically… Richard Feynman [Lectures in Physics]

“So far, we have been looking only at the single particle that constitutes our (natural) system. Let us now notice that the same act that singled out that particle from the ambience also simultaneously specifies the system environment. Newton thought of the actual motion, the change of position with time, of a “real” particle as arising from its interaction with (or better, its reaction to) whatever constituted the environment. But if the state of an individual particle is at this point already an infinite object, to try to characterize a “state” of this environment is literally unthinkable. Newton did not even attempt this. Instead, he took a completely different approach, embodied in the concept of force. The environment was to be characterized, not in any kind of absolute terms, but rather entirely through its effects on the system. Specifically, we characterize the environment of a particle through its effect on change of state. Newton chose an ingenious device for doing this. In effect, he noted that at the purely formal level, and only at that level, we are free to make the environment of a Newtonian particle anything we want. We can even make it consist of nothing at all. This is a situation without counterpart in the external world.”  — [Robert Rosen, Chapter 4: The Concept of State, Life Itself]  My emphases and references

“There is geometry in the humming of the strings,
there is music in the spacing of the spheres.”
— Pythagoras

One cannot understand or model how the world works (or any embedded subsystem within in it) without an accurate model of how the universe evolved.  In other words, a “system” and “its context” must be both considered.

Ilya Prigogine [ Prigogine84, 97] has put forward that dissipative structures do not obey Boltzmann’s order principle, because a dissipative structure is not in equilibrium.  Moreover, one must admit that the universe is not in equilibrium, it is forever changing: “evolving” as it were. This observation is key to understanding how the “evolution” of the our universe and its embedded structures will proceed.   The century old hypothesis of “heat death” of the universe, based on the second law of thermodynamics is no longer the most reasonable scenario because it appears that the universe is a non-equilibrium structure [Smolin97].  It is not clear, what the universe is “dissipating”  but in some sense you can imagine it “dissipating” space/time.

There has been a lot of progress in Information and Computer Science that can now be used to further understanding in relating discoveries in cosmology and particle physics. Adding some Discrete Mathematics (in the form of Group Theory and Number Theory, for example) that has been developed in the later part of the 20th century, a relational complexity approach can be effective in making a systematic correspondence [not correlational] between physical concepts and information [and mathematical] concepts. 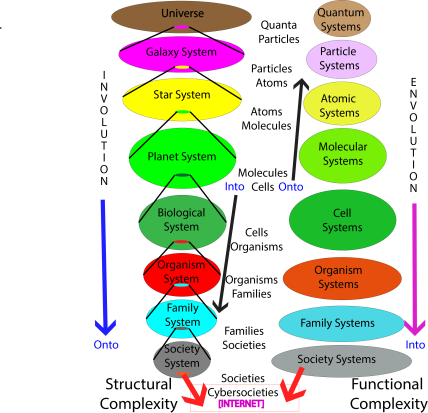 My father noted at the beginning of the 21st century, most behavioral scientists—anthropologists, ethologists, psychologists, and sociologists—seemed to be completely unaware of configurational fields. As a result, most such behavioral scientists have been forced to contend with a pervasive theory that is the opposite in many ways: mechanistic element theory.

I think it should be said that physical scientists have yet to effectively use the wholistic configurational theory of my father and Robert Rosen.

The Life and Work of Dr. David West Keirsey