They had to be discrete. Tongues will wag. For their idea is a slow idea, not well accepted in the world even today.  Their slow idea on the human element, Hu, analogously called latent heat in physics and chemistry, generated a lot of heat by others, full of sound and fury at the time, for these other people vigorously opposed the idea: On Liberty – moral|economic. It wasn’t the fast idea at the time:  the conventional wisdom of Victorian, Anglican, England: the idea of nationalised merchantilism — tariffed moral, economic, political, and social trade: locally culture restricted and centralized regulated trade of ideas and things: Oh Britannia.

END_OF_DOCUMENT_TOKEN_TO_BE_REPLACED

For anything so overdone is from the purpose of playing,
whose end, both at the first and now, was and is to hold,
as ’twere, the mirror up to nature,
to show virtue her own feature,
scorn her own image,
and the very age and body of the time his form and pressure.
Hamlet: Act 3, Scene 2

He had written a play that won him the Pulitizer Prize in Fiction.

Yet, the broken mirror of reality, bedeviled him and beguiled him.

She had become one of the most famous actresses of the age.

Yet, the broken mirror of reality, bedeviled her and beguiled her.

Make-believe and Playing are simpler than Reality.  And they can serve as a safe haven for the Four Temperaments.

What’s that you say, Mrs. Robinson
Joltin’ Joe has left and gone away

“She was a whirling light to me then, all paradox and enticing mystery, street-tough one moment, then lifted by a lyrical and poetic sensitivity that few retain past early adolescence.” — Arthur Miller.

END_OF_DOCUMENT_TOKEN_TO_BE_REPLACED

It is a popular Western view to say Crisis in Chinese is a simple combination of danger and opportunity.  But that is not exactly correct.  It’s a little more complicated.

Chinese philologist Victor H. Mair of the University of Pennsylvania calls the popular interpretation of wēijī in the English-speaking world a “widespread public misperception.” Mair suggests that jī in wēijī is closer to “crucial point” than to “opportunity.”

Nevertheless, They can relate to either interpretation.

They struggled much of their young lives, very close to danger and no opportunity before the crucial point — when the opportunity was encountered and made, by hard work and being very smart TOGETHER.

The Danger has passed.  Now, China is the land of Opportunity for those who have the right combination and the right timing  — and…

END_OF_DOCUMENT_TOKEN_TO_BE_REPLACED

“Happy families are all alike; every unhappy family is unhappy in its own way.”
Leo Tolstoy — Anna Karenina

It has been declared as the greatest novel of all time.

It also can be seen as an interesting portrait of the pitfalls and joys of the Temperaments in the lively and deadly game of romance, or simply put: LOVE …
END_OF_DOCUMENT_TOKEN_TO_BE_REPLACED

“A man with my type of temperament should really get through three women a day without even ruffling his hair. That’s what I’m like inside. That’s my appetite. That’s me. I’m a three a day man.”  — Norman Dewars

Norman Conquests: a trilogy of plays written in 1973 by Alan Ayckbourn. The plays are at times wildly comic, and at times poignant in their portrayals of the relationships among six characters. Each of the plays depicts the same six characters over the same weekend in a different part of a house. Table Manners is set in the dining room, Living Together in the living room, and Round and Round the Garden in the garden. Each play is self-contained, and they may be watched in any order. Some of the scenes overlap, and on several occasions a character’s exit from one play corresponds with an entrance in another. [Wikipedia]

The plays are centered around Norman Dewars, an fun loving Artisan.

END_OF_DOCUMENT_TOKEN_TO_BE_REPLACED

Charlie: I don’t blame you for being scared, Miss, not one little bit. Ain’t no person in their right mind ain’t scared of white water.
Rose: I never dreamed that any mere physical experience could be so stimulating!
Charlie: How’s that, Miss?
Rose: I’ve only known such excitement a few times before – a few times in my dear brother’s sermons when the spirit was really upon him…I must say I’m filled with admiration for your skill, Mr. Allnut. Do you suppose I’ll try practice steering a bit that someday I might try? I can hardly wait… Now that I’ve had a taste of it 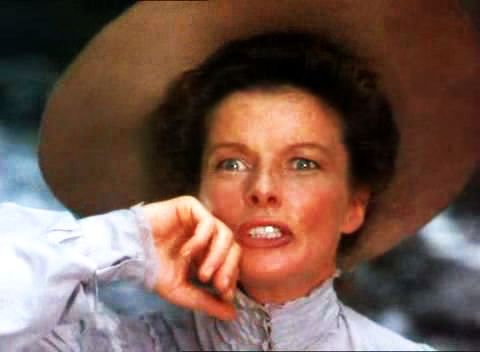 He: “At this moment I pass a new law, unalterable.”

She: “I rejected the real, and rabidly devoured the ideal.”

Mating and Dating is a dangerous game, for those who are serious.

With the Kindle release of the Pygmalion Project: The Idealist, people have an immediate opportunity to learn about how Idealists regard their mating relationships by downloading the ebook to their Kindle App.  Dr. Steven Montgomery, who directly worked with Dr. David W. Keirsey on the Please Understand Me Series, uses examples from literature to illustrate some of joys and sorrows of dating and mating of the Idealists.