That’s not easy to do.

Especially for the talented Performer Artisans.

For they are the happiest people in the world, but…

On the side of light: There are the highs, the higher highs, and the highest high.

On the side of dark: Then there are the lows, the lower lows, and the lowest of lows.

Creativity can be an addiction.
— Robin Williams

What happens when you feel that your creativity and grace disappeared, not to be found ever again? There is no faking(acting) a fix.  No, the quick fix of drugs and alcohol can’t solve the problem, either.

The curtain rises on the scene
With someone shouting to be free
The play unfolds before my eyes
There stands the actor who is me.

The Word that Dr. Keirsey used for this is Latin (via French): ENNUI

Freedom just another word for,
nothing left to lose.

“Ennui” is how the Artisans become “depressed.” There are two kinds of “depression” (for two of the Temperaments) and they are quite different. Depression for the Guardian is painful and “red”: they are very sick and very tired: they are demobilized. The Artisan “ennui” is akin to boredom — they find themselves in grey and fog filled landscape, they are beguiled. To them, they feel in their gut, nothing exciting will ever happen again. It scares the Artisan…

END_OF_DOCUMENT_TOKEN_TO_BE_REPLACED

She lights up a room with her enthusiasm. And she knows what needs to be done.

She has given voice to so many people.

But, there is problem. The culture is stuck. For a long time, few had understood or paid attention to her voice.

Now, some are beginning to listen. Yes, the system is badly flawed, in a rut, and much of the time making the problem worse. But, we can’t afford it anymore, both in fiscal terms and human terms.  Government officials across the States and other countries are starting to come to see for themselves.

THERE IS A BETTER WAY.

Government institutions only serve the people running the system, they are making a good living off the difficulties of some of us – those who get trapped with the “unjustice ‘justice’ system” and the “unhealthy ‘health’ system” – yes, they are TRYING to help – but good intentions are not enough.

“We can’t solve problems by using the same kind of thinking we used when we created them.” – Albert Einstein

Deborah Cima has a better approach.

She has been Championing Drug Courts in San Bernardino County in California, for 19 years, for she does this naturally as a Champion [Advocate] Idealist.

END_OF_DOCUMENT_TOKEN_TO_BE_REPLACED

Randy Cima talks about how Big Pharma is making a fortune off the backs of the Americans.

Business has never been better, thanks for asking.

As long as the public – you and I – continue to demand newer and better quick fix chemicals, we act as a sales force for this huge industry.  Psychiatry, like any business, is subject to market pressure.  Right now, there is pressure to create more and more chemicals for more and more “diseases.”  Our demand is met, happily, by their supply.

Let’s take a quick look at “ADHD,” just one example out of hundreds of fake diseases.  “ADHD” has been a financial boon for Big Pharma.  It’s been increasing nearly 6% a year for the past decade.  In America – like no other country on earth – one of every 12 children between the ages of 3 and 17 are given this tag, most of them prescribed an amphetamine (“speed”).  That’s more than five million American teenagers, grammar school kids, and…

Randy has been busy, like all of us.  Still Big Pharma is also busy and profitable as ever. Not that being profitable is bad, but when you do it partially from fraud, that is bad. 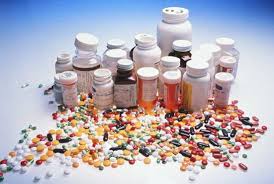 The United States uses 90% of the world’s drugs.

Well, maybe not so brief an interlude.

I’ve been off my blog for several months, though I haven’t been idle.  I’m ready to get back to it.  Let me tell you why.

I’m now on the Board of Directors of the International Society for Ethical Psychiatrists and Psychologists (ISEPP), and I’m the newly named Membership Director.  I joined ISEPP three years ago when I retired.  It’s the only group I’ve ever joined.  We are professionals, parents, psychiatric survivors, and others dedicated to ending the use of the medical model and those abusive chemicals we take for fictitious diseases.  As a reminder, I’m here to convince you the use of chemicals to “treat” unwanted behaviors in adults and children is modern day voodoo.  We count ourselves in the hundreds at ISEPP, though our network has tens of thousands  – and we’re growing.  You can find more about ISEPP here.

Thomas Szasz is a Rational who has been telling us that the Emperor has no clothes.

Dr. Thomas Szasz recently celebrated his 92 birthday.  He hasn’t slowed down a bit.

Born to Jewish parents in Budapest, Hungary, on April 15, 1920, young Thomas moved to the United States when he was 18 years old.  He was awarded his medical degree from the University of Cincinnati, and he did his residency at Cincinnati General Hospital.  Since then – except for the 24 months he served on active duty in the United States Navy – Szasz has been an historic – and heroic – figure in the continuing battle to bring common sense back to psychiatry.  He has written dozens of books and papers revealing this false “science.”  You can see more of his lifelong works at his… 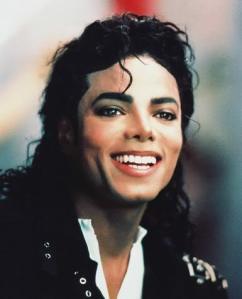 They had this mega-watt attraction, they could be charming as hell, and cold as ice.

“You just wanted to be around them,” she said to Oprah.

But, she had been angry.  She had been pissed off, too many times.  So she ended it.  No more games.

The second time, she had seen enough.

She was tough: a Crafter Artisan, very observant but not very self-reflective, and she was over her head.  She left him, she cut him off.  She didn’t want to think about, she couldn’t without going crazy.  She finally moved on.  She forgot.