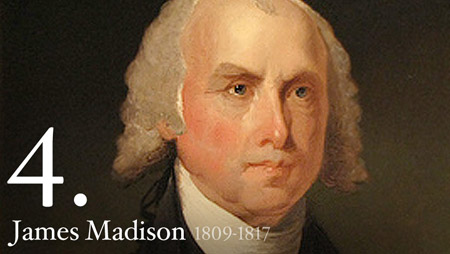 Thomas Jefferson, [Architect Rational,] served two terms as President, and like Washington before him decided that two terms of its “splendid misery” were quite enough for any man. He was eager to return to a life of study and to have his old friend, the gentle and scholarly James Madison, [Architect Rational,] succeed him in the White House. There was little opposition to his choice and “Little Jemmy” Madison, who stood about five feet, five inches tall and weighed in the neighborhood of 100 pounds, won the presidential election of 1808 handily, and was sworn into office in early 1809. Though he was pleased to have become President, Madison intensely disliked the ceremony and celebration that attended his inauguration. He was quick to announce to a friend his reaction to the gala inaugural ball: he would rather be in bed.

Another quiet, privacy-loving Engineer Rational had taken the helm of the ship of state. [Presidential Temperament]