“What I cannot build, I cannot understand.”

Richard Feynman invented a whole new way of talking about quantum electrodynamics when writing his PhD thesis at Princeton, which eventually helped him detail some of the properties of weak-force in particle physics in his Nobel prize winning work. Later he invented “Feynman’s diagrams” as an intuitive graphical representation of particle physics, which are still used in theoretical physics to this day.

However, he became famous in part through his maverick and distinctive antics. He was a real character: a very curious character. When at Los Alamos working on the atomic bomb, from picking the locks of his colleagues cabinets which contained top secrets, to playing games with the security personnel; naming a few of his antics which had earned him a well deserved reputation of being a trickster and an iconoclast. Freeman Dyson once wrote that Feynman was “half-genius, half-buffoon”, but later changed this to “all-genius, all-buffoon”. Quickly recognized by the intellectual giants of theoretical physics as a brilliant and quick mind, Feynman was sought out by the innovative thinkers of the day. Contemptous of titles, like all Rationals, when awarded the Nobel Prize in Physics, he tried to figure out a way to get out of accepting it.

END_OF_DOCUMENT_TOKEN_TO_BE_REPLACED

I have the impression that some ways must be left behind, some mental habits must be abandoned, if we are not to clip the wings of progress. Even to science we must sometimes repeat Charon’s cry: By another way, by other ports, not here, you will find passage across the shore. In my role as teacher I hope to be able to show you other ways, if not other ports. — Giuseppe Vitali

“Most people never run far enough on their first wind to find out they’ve got a second.” — William James

Bill Thomas has been described as a Cultural Jammer: trying to change the American attitudes towards aging. In 1991, Bill Thomas, having been an emergency room doctor, became the medical director of a nursing home in upstate New York. He found the place, as the Washington Post put it, “depressing, a repository for old people whose minds and bodies seemed dull and dispirited.”

END_OF_DOCUMENT_TOKEN_TO_BE_REPLACED

“There are two kinds of people: Earthlings and Martians”
Dr. David West Keirsey

People who are generally observant are more ‘down to earth.’ – Earthlings

People who are generally introspective are more ‘head in the clouds.’ – Martians

This iNgenous Martian wrote a book.

Author of: An Anthropologist on Mars

And he will have written and published 12 other books, including his autobiography, when he will die later this year. For he has realized he has terminal cancer.

“I want and hope in the time that remains to deepen my friendships, to say farewell to those I love, to write more, to travel if I have the strength, to achieve new levels of understanding and insight.“

END_OF_DOCUMENT_TOKEN_TO_BE_REPLACED

“It is very REASONED with compassion too.”  Some might say he is Rational in his thinking.

And people are slowly, but surely realizing this.

Charlie Munger for one.  Even John Stewart has caught on. 😉  And me too, even though I thought his fantastic idea about fast and slow ideas was the only article I would read of his.

There are no dangerous thoughts; thinking itself is dangerous.

“And one of the things they showed us was how to really focus on making it swift and usable. We made a two-minute surgery checklist; it had just 19 items. Some of them were just make sure you don’t forget dumb stuff: make sure you gave antibiotics, make sure you have blood ready for a high-blood-loss case. And then there were other interesting parts: make sure everybody in the room has been introduced by name and role; make sure the surgeon actually explained to the team what their goals for the operation are; make sure the anesthesiologist and nurses had a chance to explain their plans for the operation. We put that checklist in eight hospitals around the world, ranging from rural Tanzania to Toronto and Seattle, and every single hospital we put it in had a double-digit reduction in complications. The average reduction in death was 46 percent. That made me realize there was something much deeper and more important going on here about this set of problems we’re grappling with in the modern world.”

You see, his main ideas are Slow Ideas.  Complex ideas: hard to take hold in the general public zeitgeist.

END_OF_DOCUMENT_TOKEN_TO_BE_REPLACED

You’re Fired!  It was Donald Trump‘s phrase, he tried to trademark it.  But it is the old, tried, and true random way: Neo-Darwinism (but do not blame Darwin for he understood his views better than that).

No, how about Margulian Darwinism?

Because, Larry’s plan is different — fundamentally different. His choice.

A New Page of History

You’re hired, and your salary is a one time gift, of ~30 billion dollars give or take some billions, no strings attached, but Metaman tethered.

Are we on the SAME PAGE? Not likely. 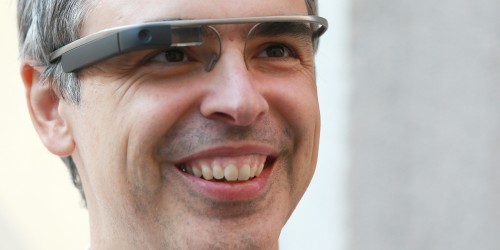 END_OF_DOCUMENT_TOKEN_TO_BE_REPLACED

The Human is the tool using animal.

“… Thus it is the lever, above all other tools, that fascinates and preoccupies the Rational to the seemingly infinite possibilities of harnessing energy that can be used to impart thrust to levers.” [Personology]

“…  there are complex mechanisms, such as automobiles, airplanes, and ships, towers and buildings, stairways and bridges, derricks and lifters, drill presses and band saws, milling machines and lathes, as well as cameras, monitors, printers, and even computers, all strategic aligning tools.  … the strategic aligning tools, that are used more efficiently by Rationals than by any of the other characters, this because they are frequently intent upon getting remote pragmatic results by strategic building.” [Personology]

He was fascinated by the leverage of the computer.  As he put it, “the computer is the bicycle for the mind.”

There were some of us that saw it coming.  Note this was 1990, three years before the Web (with Mosaic) actually started to explode.

Many viewed Steve Jobs as arrogant.

“If this is arrogance, then at least it is not vanity, and without question it has driven the design engineers to take the lead in molding the structure of civilization.” — David Keirsey 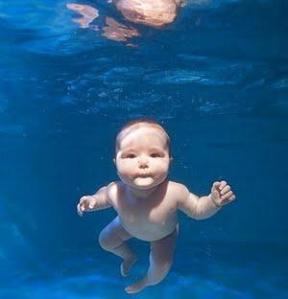 They did’t believe her.

END_OF_DOCUMENT_TOKEN_TO_BE_REPLACED

Gaia is a tough bitch.

She was a Scientist, first.

And she was a Character — a very interesting, and complex character.

Having entered the science community as a woman, when men still dominated science, and being charmed by a huge scientific ego, Carl, she luckily had to explore the backwaters of evolutionary biology at the time, bacteria, not getting much support from him or her male contemporaries.  Of course, like all good science, that estuary of knowledge contained biological riches totally ignored by well established conventional scientific community.  Like Darwin before, she was sui generis: a driven, feisty, no holds barred, idea brawler — an intellectual maverick — by necessity and choice.  Initially ignored, she generated a fair amount of hostility from the conventional scientific community when they were challenged.

And intellectual mavericks, with persistence, are the only type to challenge the major ideas of conventional science, and win — somewhat.

END_OF_DOCUMENT_TOKEN_TO_BE_REPLACED

It is a modern Greek Tragedy of Temperament

The Fates can be cruel or kind, or both. 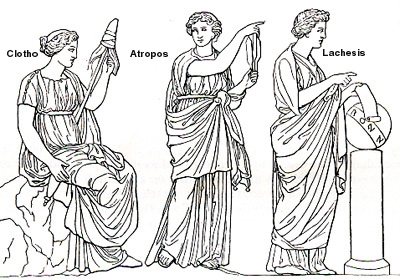 She had worked hard all her life.  She had overcome her circumstance. Latin: Circum– to encircle, stance to take a position, to contend. Yes, it had been a man’s world, she was surrounded by her society and her family who discouraged her from her passion: science. Of course, other women had suffered discrimination before her: Marie Curie and Emmy Noether to name two, but they had their families to teach them, encourage and help them. Nobody had encouraged her, certainly not her family, and still was a man’s world in science in 1952.  She had to rely on herself, so she thought and acted.

He, of course, was hopelessly arrogant and smart.  He had been a precocious child; he even appear on Quiz Kids. And he had hooked up with an equally curious and brilliantly arrogant man, a man with a thousand ideas a minute.  They had formed an informal team: a Mastermind Rational, James Watson and a Inventor Rational, Frances Crick at the Cavendish Labs in Cambridge. Real Idea Men.

She was reluctant to show her x-ray pictures and data to Watson, in fact she refused.  He had to get them indirectly.  She was dismissive of Crick and Watson’s work – they were wrong – she had convinced them that their initial models couldn’t be right.  Rosalind Franklin, a Mastermind Rational, a Strategic Contender, knew her stuff.  She was a meticulous scientist, she did not speculate wildly beyond the scientific evidence on hand.  She had taught herself to be disciplined in science – rigorous deduction was the way not to get lost.  That way you don’t make mistakes, yourself.

Making mistakes is bad.  It is good to avoid them.  But on the otherhand, if you try to eliminate mistakes, you unfortunately, probably won’t make brilliant mistakes, either.

“Give me a fruitful error any time, full of seeds, bursting with its own corrections. You can keep your sterile truth for yourself.”  — Vilfredo Pareto

Watson had Crick, Crick had Watson. They used wire models of the molecular radicals, and their imagination. Together they figured out the key to life: the Structure of DNA.  They had use their own unique talents, Temperament, and knowledge, but they worked as an Idea team. And they also had Rosy and her work, however reluctant, critical, and knowledgeable she was.

They published their findings in 1953, not acknowledging Rosalind Franklin as being key in the discovery.  For she was and wasn’t.  Without Franklin’s work it probably would have been others, not Watson and Crick who made the discovery, possibly years later by an iconoclast like Linus Pauling, or who knows.  The correct interpretation of Franklin’s x-ray diffraction data of crystaline DeoxyriboNucleic Acid, was Crick and Watson’s solely.  This interpretation has been described by some other biologists and Nobel laureates as the most important scientific discovery of the 20th century. They were rewarded the Nobel Prize in Physiology or Medicine in 1962, five years after Franklin had died of ovarian cancer.

She did have her Science.  She knew herself — what she did.

A tragedy?  A comedy?  Or a Modern Greek Tale of Temperament and Gender.

It is 60 years exactly when Watson and Crick article was published.