If I have seen a little further,
it is by standing on the shoulders of Giants.
Isaac Newton 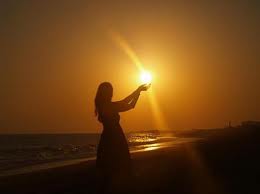 We all know the quote. But often we don’t know the name of those Giants.

And she was not concerned that we know the true story, for in science, the shoulders are many and the results are what matter.

Newton’s giants were many: Copernicus, Galileo, Bruno, Kepler, Wallis, … But others were nameless.

And she was a giant, but who few know her name, for her almost contribution, or rather, her until recently uncredited contribution. For a man took that credit by publishing four years later essentially the same idea she had told him about — and that she deserved the real credit, for she was the first person to observe it and understand it.  Moreover, she had the imagination not blinded by “conventional wisdom:” the scientific heterodoxy, which wasn’t really science at the time, anyway. Consensus science is never a science.

But she didn’t know that…