He did not want to do it, but he had to do his duty.

His brother was popular, handsome and witty, and well-spoken, and King.

Albert, wasn’t well spoken like his older brother, David  — in fact, Albert was considered rather dull compared to David, and Albert stuttered badly. 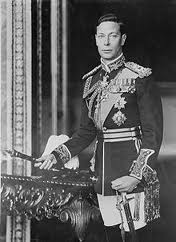 “Bertie” (what his family called him)

Of course, Bertie didn’t know that, his father, George V, King of England, never told that to him to his face.  The only thing he had from his father was the complaining about his, Albert’s, stammering.  “Get it out boy.”

Albert didn’t want to be King.  He had hoped that David would be a good King.  But it wasn’t to be.   David, was only interested in himself, and he wanted and demanded that he marry the woman he loved, who mothered him, twice divorced Wallis Simpson.

The monarchy had become a symbol of family life and moral standards and divorce, at that time, was regarded as morally repugnant. David, King Edward VIII, seeing the choice as one between his throne and the woman he loved, abdicated on December 11th 1936. George VI, “Bertie,” who succeeded him, was a conscientious, shy man, of ill-health and a bad stammer, but a dedicated man, who applied himself to a role he had never anticipated.  You see, “Bertie” was a Protector Guardian, and Protectors have an extraordinary sense of safety, loyalty, duty, and responsibility.

Humble to the core, Protectors have a seriousness of purpose, strongly held work ethic, work is good, play earned—thoroughness and frugality are also virtues for them…abide by the rules. Their reserve ought really to be seen as an expression of their sincerity and seriousness of purpose. [Please Understand Me II]

Before he was even considered for King, as Duke of York, one of his duties was the President of the Industrial Welfare Society, and he had sought to improve the working conditions of ordinary workers, through canteens, medical care and other benefits — leading one 1920s trade unionist to comment that no one else of comparable position had done so much to “establish and maintain harmonious relationships between employers and workmen.”  In his reign characterised by war, social change and the beginnings of the dissolution of the British Empire, he was a successful king who raised the prestige of the monarchy, after he was propelled into the limelight, that he did not seek.  He left his daughter, Elizabeth, a stable throne. 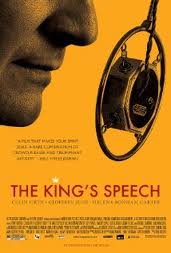 He approached his speech impediment with the same determination and courage that he showed as Britain’s reluctant King.  With his wife, Elizabeth’s encouragement and help from the unlikely source of an Australian speech therapist, together they persevered and worked diligently for Bertie to not only find his voice as a man, but as well as the Monarch of Britain, when the nation desperately needed a leader’s voice.  The King’s Speech was considered one of an important wartime rallying addresses of the 20th century and served to unify a newly determined Britannia.

He’s trying to show solidarity with millions of people he doesn’t know, to connect to their suffering, and he’s not sitting pretty on a velvet cushion. He’s going through an extraordinary struggle. For him to have the humility not to want the job, and the humility to do it anyway—there was a valiant struggle going on, and people related to it. [Colin Firth]

“If the ‘greatness’ of a King can be measured by the extent to which his qualities correspond to the needs of a nation at a given moment in its history, then George VI was a great King, and perhaps a very great King.”- René Massigli, French Ambassador, 1952

Family, country, and duty is of prime importance to the Protectors.

Silence is not always golden, and to conquer your greatest fears and give voice to a nation is priceless.

“The primary desire of the Protector is to be of service and to minister to others.” [Please Understand Me II, page 112]

The highest of distinctions is service to others.

7 thoughts on “All that is gold, does not glitter”