“What I cannot build, I cannot understand.”

Richard Feynman invented a whole new way of talking about quantum electrodynamics when writing his PhD thesis at Princeton, which eventually helped him detail some of the properties of weak-force in particle physics in his Nobel prize winning work. Later he invented “Feynman’s diagrams” as an intuitive graphical representation of particle physics, which are still used in theoretical physics to this day.

However, he became famous in part through his maverick and distinctive antics. He was a real character: a very curious character. When at Los Alamos working on the atomic bomb, from picking the locks of his colleagues cabinets which contained top secrets, to playing games with the security personnel; naming a few of his antics which had earned him a well deserved reputation of being a trickster and an iconoclast. Freeman Dyson once wrote that Feynman was “half-genius, half-buffoon”, but later changed this to “all-genius, all-buffoon”. Quickly recognized by the intellectual giants of theoretical physics as a brilliant and quick mind, Feynman was sought out by the innovative thinkers of the day. Contemptous of titles, like all Rationals, when awarded the Nobel Prize in Physics, he tried to figure out a way to get out of accepting it.

END_OF_DOCUMENT_TOKEN_TO_BE_REPLACED

“The Boss,” as he was called by those under him, Iosif Vissarionovich Dzhugashvili was born in Gori, Georgia, in the Russian Empire in 1878.  His father, “Besso,” became a drunk, and beat his wife, “Keke,” and son.  They moved a lot, and finally Besso abandoned Keke and Iosif.  Keke, born a serf, was a tough, but righteous and religiously pious woman; she also beat her son. Keke wanted her son to be a priest.

Gori was a rough and poor town.  Street gangs and crime were common, and Iosif, small but wiry, was known to participate in the fighting.  Nevertheless, Iosif was a good student.  The Russian language was required in the Russian empire, and Iosif learned it, but always had a Georgian accent. Education was by rote and corporal punishment was rampant; one teacher rapping the students’ knuckles if their eyes wandered.   Iosif won a scholarship to Seminary at the age of 16.  The seminary was very Spartan, dogmatic, and severe corporal and psychological punishment was normal.

In the seminary, he discovered revolutionary material, including Darwin and Marx, destroying his belief in religion.  “They are lying to us,” he said to a fellow student. Living a double life, one secret, at night, he got involved in Georgian revolutionary activities. He had chosen the name “Koba,” a Russian, fictional Robin Hood-like character. There, quite a few other students became revolutionaries from that Seminary at that time. Ioseph was dismissed for not taking an exam just before graduating, maybe because he couldn’t pay the rapidly rising fees.  He had become a revolutionary, joining an organization that later became the violent part of the Communist party, the Bolsheviks. It was a life of safe houses, forged documents, and secrecy.  Koba was brilliant at organizing workers and also mixing with criminal elements. He collected and directed “enforcers” like Kamo, a brutal, violent, sociopath.  While in prison, he became the boss of the prisoners: he was inured to physical punishment.

Sent to Baku by the revolutionary committee, Koba ordered the murders of many Black Hundreds (right-wing supporters of the Tsar), and conducted protection rackets and ransom kidnappings against the oil tycoons of Baku. He also operated counterfeiting operations and robberies. He befriended the criminal gangs; Koba’s gangsterism upset the Bolshevik and Menshevik intelligentsia, but he was too influential with Lenin and indispensable to be opposed.  As a revolutionary in Tsarist times, he was arrested eight times and escaped seven times, before the Russian Revolution in 1917; but he changed the facts after he was General Secretary, obscuring one of his arrests. It was suspected by some of his fellow Bolsheviks that Koba was a double-agent, a provocateur, for he seemed to go to-and-fro without any visible support, without difficulty, and was not arrested with everybody else in a particular Tsarist roundup.  Koba, most likely known by Lenin as a double-agent, played the game well, with internal party members sometimes sacrificed for the cause. No doubt Koba used this policy for his own purposes also. At one point, when complaints were getting serious, he was arrested, and rumors were dropped for the time being. END_OF_DOCUMENT_TOKEN_TO_BE_REPLACED

In the Heart of Darkness and Light 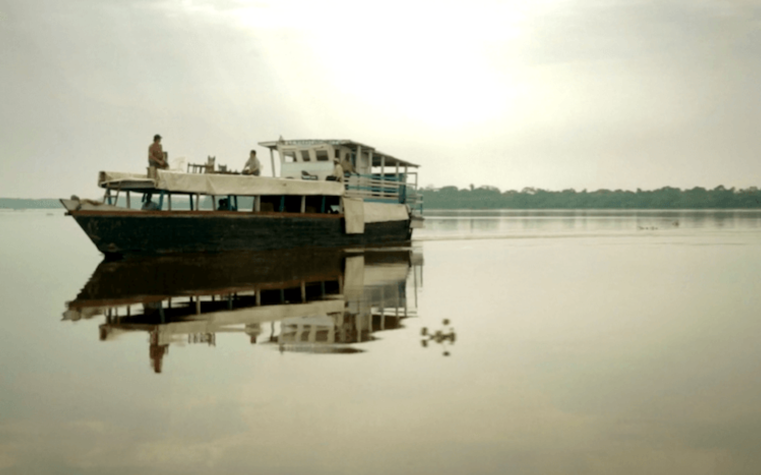 “It is the most relentlessly fucked-over nation in the world, yet it has long been my dream to see Congo. And for my sins, I got my wish.” Bourdain starts the episode off on a dramatic note as he tries to recreate his favorite book, Heart of Darkness.

On June 8, 2018, he committed suicide while on location in France for Parts Unknown.  The suicide appeared to be an “impulsive act“.

END_OF_DOCUMENT_TOKEN_TO_BE_REPLACED

Seasons change with the scenery
Weaving time in a tapestry

I was just eating lunch by myself in the cafeteria.  I am attentive, not expressive, kind of guy.  Besides this was the first time I was visiting MIT, as a part of Artificial Intelligence (AI) conference.  No, my SATs were not good enough to get into CalTech (or MIT), and I am a west coast guy, anyway.

But, lo and behold.  He sat down next to me.  Obviously, to strike up a conversation.

Ok, now I wasn’t a kid anymore.  I was industry-based AI researcher (Hughes Research Labs, HRL) working at the time on Autonomous Vehicle research.   Minsky didn’t know me, but, I knew a fair amount about him.

Marvin Minsky, full professor at the Massachusetts Institute of Technology, and “one of fathers of Artificial Intelligence”, came to my table clearly because he was curious.  Minsky, a Fieldmarshal Rational, had been very successful in promoting his graduate students to getting academic professorships across the lands. The list of his PhD students is more than impressive. He had government and university funding. MIT is a technological power house.  Money, People, and Companies have been flocking to MIT well before I was born.

I tried to make our conversation as interesting as I could.  Hey, Marvin was a legend in my field: Artificial Intelligence.

After about 5-10 minutes of conversation, me doing most of the talking about the autonomous vehicle project that I had been involved with, Marvin excuse himself, and wandered over to another table with a couple of people and joined in that conversation.

He didn’t get any useful out of me, in his mind, no doubt.
Next.
He moved on.

Thanks, I needed that.

I did get something useful out of the encounter.
A slow idea. But not a fast idea.  A hint on a part of an idea on how the world works.
It was a Kuhnian moment for me, I knew some things that Marvin couldn’t imagine.

END_OF_DOCUMENT_TOKEN_TO_BE_REPLACED

He did not want to do it, but he had to do his duty.

His brother was popular, handsome and witty, and well-spoken, and King.

All that is Gold, does not Glitter.

and She is Albert’s daughter.

It was evident from the start that Elizabeth Alexandra Mary was a dutiful daughter.

In Albert, King George VI‘s, reign characterized by war, social change and the beginnings of the dissolution of the British Empire, he was a successful king who raised the prestige of the monarchy, after he was propelled into the limelight, that he did not seek.  He left his daughter  Elizabeth, a stable throne and diamond studded Crown, but also a world heating up with a Cold War.

Diamonds are a girl’s best friend.

Family, country, and duty is of prime importance to the Guardians.

It was evident from the start that Elizabeth Alexandra Mary was a dutiful daughter.

On her 21st birthday, before she was Queen, she had decided to pledge to do her duty: “I declare before you all that my whole life, whether it be long or short, shall be devoted to your service and the service of our great imperial family to which we all belong.”

“Then, what the hell is the presidency for!”
“I have the power, now, and I intend to use it.”
— Lyndon Baines Johnson

HBO premiered the movie “All the Way” on May 21. It is great film where Four Temperaments are clearly shown in action.

“November 22, 1963: John F. Kennedy was dead in Dallas, killed by an assassin. Jacqueline Kennedy, her clothes still spattered with her husband’s blood, stood beside Vice-President Lyndon Baines Johnson as Johnson took the presidential oath of office. Camelot was suddenly and shockingly gone. In the passage of a few jolting hours, King Arthur had been replaced by the crude, graceless, but equally energetic Lyndon Johnson, a professional politician from Texas.”  [Presidential Temperament]

END_OF_DOCUMENT_TOKEN_TO_BE_REPLACED

Left without a hope of coming home.
Gypsy — Moody Blues

He didn’t want to be a gypsy, he wasn’t really a gypsy by nature, but he left without a hope of coming home.

The world and himself made him a gypsy, an exile: a stranger in strange lands.

But he did push for the burning sun.  It technically is called RADIATION.  Order AND Disorder.

And every one, except one of his mentors, his older fellow exiles, including Einstein, eventually disagreed with Teller Ede, making him an exile three times: a stranger in strange lands, all his life.

END_OF_DOCUMENT_TOKEN_TO_BE_REPLACED

“You are who you are!  From the time you were born, and I don’t think it changes. It never did for me.”

“When you are working hard, and focused.  You don’t think about it.  You just do it.” — Larry

END_OF_DOCUMENT_TOKEN_TO_BE_REPLACED

“There are two kinds of people: Earthlings and Martians”
Dr. David West Keirsey

People who are generally observant are more ‘down to earth.’ – Earthlings

People who are generally introspective are more ‘head in the clouds.’ – Martians

This iNgenous Martian wrote a book.

Author of: An Anthropologist on Mars

And he will have written and published 12 other books, including his autobiography, when he will die later this year. For he has realized he has terminal cancer.

“I want and hope in the time that remains to deepen my friendships, to say farewell to those I love, to write more, to travel if I have the strength, to achieve new levels of understanding and insight.“

END_OF_DOCUMENT_TOKEN_TO_BE_REPLACED

Ma Yun applied to study at Harvard 10 times and was rejected each time.

Yun had to deal with rejection many times in his life: born during Mao’s Cultural Revolution when schools and businesses were being destroyed, such that formal education and trade was at a low in China during Yun‘s youth.

He failed the entry exams for colleges in China several times and was also rejected for many jobs in China, including one at Kentucky Fried Chicken.

Despite this, at an early age, Yun had developed a desire to learn English, so he rode his bike for 45 minutes each morning in order to go to a nearby hotel and converse with foreigners. He would guide them around the city for free in order to practice and improve his English. Later in his youth, although he failed the entrance exam twice, he attended Hangzhou Teacher’s Institute and graduated in 1988 with a bachelor’s degree in English.

Yun — his English name, Jack — Jack Ma started an e-commerce company in his apartment in 1999….