Extraordinary for anybody else.

You see she was compelled to do it.  It was her Temperament.

Irena Sendler (Sendlerowa) was just 4′11″ tall, with dark eyes set in a round, smiling face, her friends described her as a warm, yet quietly determined individual, with an exceptional organizational skill.

Those who knew her say that it was always Irena’s nature to help. Though she lost her father at an early age, his dedication to others—reinforced by her mother’s example and words—made a deep impression on her. Though still young, she already had a history of responding to those in need, helping  others, and of defying rising anti-Semitism to reach out to and stand up for Jews.

“My parents taught me,” Irena had said, “that if a man is drowning, it is irrelevant what is his religion or nationality. One must help him.” 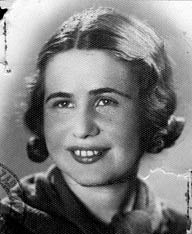 Assisted by some two dozen other Żegota members, Sendler smuggled 2,500 Jewish children out of the Warsaw Ghetto and then provided them with false identity documents and with housing outside the Ghetto, thereby saving those children from being killed in the Holocaust.

The Nazis eventually discovered her activities, tortured her, and sentenced her to death; but she managed to evade execution and survive the war.

‘I was quiet as a mouse,’ Sendler has said.  ‘I would have rather died than disclose anything about our operations.’

The friendly Guardians are prone to choose the part of the Conservator, that person whose job it is to support institutions by insuring the supply and security of those persons and properties they are responsible for.
In their support role, Conservators tend to be more informative than directive, giving information — reports, accounts, records and so on — first, and giving orders only as a last resort. As in the case of the Administrator, there are many words that define the Conservator’s function: amass, bank, budget, collect, deposit, garner, gather, hold, husband, keep, reserve, save, stock, store, and warehouse.
As Conservators, Guardians look after their responsibilities by working either as the expressive Provider or the attentive Protector.
Protectors take on the task of shielding others from the dirt and the dangers of the world. This seclusive, private role also has many forms: attendant, custodian, caretaker, insurer, fortifier, ombudsman, preserver, shelterer, shepherd, steward, underwriter, warder, and in general, anyone who sees to the physical safety and security of those in need of care.
[Please Understand Me II]

In the fall of 1942 two Polish women, Zofia Kossak-Szczucka and Wanda Krahelska-Filipowicz, founded Zegota—the Council for Aid to Jews in Occupied Poland, a branch of the Polish underground. The members of Zegota asked Irena to head the Children’s Department, of which Irena readily agreed.

“I lost no time in reflecting [on the danger],” she later explained, “knowing that I and my heart had to be there, had to be a part of the rescue.”

With the assistance of other social workers, as many as 25 at one time, Irena began rescuing the children of the Ghetto. By that time, she was an administrator in the Welfare Department. Taking advantage of both her official position and the Germans’ paranoia of germs, she would go into the Ghetto under the ruse of wanting to stop the spread of disease beyond the ghetto walls. Officially, she was examining Jews for signs of contagious diseases. In reality, she was looking for children to save.

At first, Irena and her helpers took orphans living on the streets of the Ghetto. Later, she would meet with parents and ask them to let her take their children out.  Irena always made it clear to the families, convents and orphanages who took in children that these children were to be returned to their families after the war. Detailed lists of the children were kept for this reason—so that families could be reunited.

There were two common routes used to smuggle the children out, through two buildings that straddled the border between the Ghetto and the rest of Warsaw. One building was an old courthouse, the other was a church. Children old enough to be taught some basic Catholic prayers would be sneaked into the church from the Jewish side. Once inside, they would remove their yellow stars and take on their new identities as Polish Catholic children. They would exit through the front door of the church, which was guarded by Nazi soldiers who questioned them when they came out. The Nazis used various tricks to try to catch Jews escaping this way. Irena and her helpers trained the children well—they were never caught coming out of the church with Jewish children.

Younger children could not be rescued through the buildings. Instead, Irena would place them in gunny sacks or toolboxes and carry them out of the Ghetto, or she would hide them under potatoes in a cart. Once, she took a child out concealed in a coffin. On other occasions, she was able to legally take seriously ill children out of the Ghetto in an ambulance. At other times, the ambulance was used to conceal healthy children. She had the assistance of the ambulance driver and of a dog. When the children would start to whimper, and she feared detection, she would hit her dog on his paw, and he would begin to bark. This set off a chain reaction among the Nazis’ dogs, and chaos would erupt. At that point, the Nazis would let her pass.

Once on the other side, she would take the children to the home of her friends, the Piotrowski family, where the children would change their clothing, and have a chance to eat and rest after their dangerous journey. It was also at the Piotrowski home that Irena would secretly bury her lists of names, under an apple tree in their backyard. The Piotrowskis lived across the street from a German barrack. Oftentimes the children would also stay by another friend, Maria Kukulska, until they could be safely moved to what would be their home for the remainder of the war.

Protectors are far more able than all others to defend, fortify, guarantee, insure, shield and warrant safe-keeping of others in whatever career they can find in the social field.

The people who helped Irena, twenty-four women and one man, all took tremendous risks. There were even ten who alternated entering the Ghetto with her, but it was Irena herself who entered the Ghetto day after day for eighteen months—and walked out each time with a child. Her life was in constant danger. Ultimately, the Nazis began to suspect her. She changed her address numerous times, but continued her work. Her careful list-making almost betrayed her.

“The names of the saved children, I wrote down on thin tissue paper. There were two identical lists in two bottles,” recalled Irena. “When I once had the list at home, that same night the Gestapo arrived. Fortunately, one of my liaison girls demonstrated her presence of mind and hid the list in her underwear. After that, for safety reasons, I never kept the lists at home.”

Tragically, Irena was arrested by the Germans on October 20, 1943—five months after the destruction of the Warsaw Ghetto. .

Her address had been revealed by an informer Irena was tortured and beaten for several days; one leg and one foot, fractured. Refusing to reveal the whereabouts of the children, or the names of anyone in the Resistance, Irena was scheduled to be executed, but members of Zegota found out and bribed a guard to instead leave her in the woods, where they found and rescued her. Her name was printed on public lists of those who had been shot by the Gestapo, and she spent the rest of the war in hiding.

After the war, she worked to track down the children and reunite them with relatives, but nearly all of them were by then orphans. Copies were made of the lists and given to officers of Zegota, who helped Irena search, but few relatives were ever found.

Only one percent of the Jews of the Warsaw Ghetto survived the war.

Irena was, a friend said, “born to selflessness, not called to it”.

The primary desire of the Protector is to be of service and to minister to others. But here “service” means not so much furnishing others with the necessities of life (the Provider’s concern), as guarding others against life’s pitfalls and perils, that is, seeing to their security.

These Protectors derive a great deal of satisfaction from caring for others, and they offer their comfort gently and helpfully, quietly seeing to it that caretaking is scheduled to protect the health and welfare of those in need.

There is a large proportion of Protectors in the population, perhaps as much as ten percent. And a good thing, because they are vigilant in their protecting, and seem fulfilled in the degree they can insure the safekeeping of those in their family, their circle of friends, or their place of business. Also, they enjoy assisting the downtrodden and can handle disability and neediness in others better than any other type.

Protectors go about their task of caretaking modestly, unassumingly, and because of this their efforts are sometimes not fully appreciated. They are not as open and talkative as the Providers, except with close friends and relatives. With these, however, they can chat tirelessly, and for as long as it takes to cover in minute detail everything concrete in their lives. But their shyness with strangers is often misjudged as stiffness, even coldness, when in truth these Guardians are warm-hearted and sympathetic, giving happily of themselves to those in need — although, curiously, their interest may wane when the recipient is no longer in trouble.

Their reserve ought really to be seen as an expression, not of coldness, but of their sincerity and seriousness of purpose.

Like all the Guardians, Protectors have a strongly held work ethic, which tells them that work is good, and that play must be earned — if indulged in at all.

The least hedonic of all types, Protectors are willing to work long, long hours doing all the thankless jobs the other types seem content to ignore. Thoroughness and frugality are also virtues for them. When they undertake a task, they will complete it if at all humanly possible. They also know the value of a dollar and abhor the squandering or misuse of resources. These reserved Conservators are quite content to work alone; indeed, they may experience some discomfort when placed in positions of authority, and may try to do everything themselves rather than direct others to do their jobs.[ David Keirsey, Please Understand Me II ]

“Mrs. Sendler saved not only us, but also our children and grandchildren and the generations to come,” (Elzbieta Ficowska, a baby in 1942, was one of the children Irena saved.)

Irena Sendler belonged to the Socialist party: not for its political ideology, she said, but because it, “combined compassion with dislike of money-worship. No religion motivated her: she acted z potrzeby serca, “from the need of my heart”.

The idea of a heroine’s treatment appalled her. “I feel guilty to this day that I didn’t do more,” she said. Besides, she felt she had been a bad daughter, risking her elderly mother’s life with her wartime work, a bad wife to both her husbands, and a neglectful mother. Her daughter once asked to be admitted to the children’s home where her mother worked after the war, in order to see more of her.

In 2003 she received Poland’s highest honour, the Order of the White Eagle.

Decades later, Sendler was still haunted by the parents’ pleas, particularly of those who ultimately could not bear to be apart from their children.

“The one question every parent asked me was ‘Can you guarantee they will live?’ We had to admit honestly that we could not, as we did not even know if we would succeed in leaving the ghetto that day. The only guarantee,” she said, “was that the children would most likely die if they stayed.”