“Everybody has a story. And there’s something to be learned from every experience.”
— Oprah Winfrey

She would know how hard it is.

She wouldn’t assume the worse or just abandon things.

She warned us of this:

The Danger of a Single Story

Shallow and a single story.  Sometimes good, most of the time irrelevant, sometimes bad…

Chimamanda Ngozi Adichie, Teacher Idealist, (born 15 September 1977) is a Nigerian writer. She has been called “the most prominent” of a “procession of critically acclaimed young anglophone authors [that] is succeeding in attracting a new generation of readers to African literature”.

Adichie spoke on “The Danger of a Single Story” for TED in 2009.

In whatever field they choose, Teachers consider people their highest priority, and they instinctively communicate personal concern and a willingness to become involved. Warmly outgoing, and perhaps the most expressive of all the types, Teachers are remarkably good with language, especially when communicating in speech, face to face. And they do not hesitate to speak out and let their feelings be known. Bubbling with enthusiasm, Teachers will voice their passions with dramatic flourish, and can, with practice, become charismatic public speakers. This verbal ability gives Teachers a good deal of influence in groups, and they are often asked to take a leadership role. [Please Understand Me II]

Adichie teaches us to beware of the single story: so what?

Single Stories, the bread and butter of Journalism can have a positive or negative effect, and Women Hold Up Half the Sky to quote Mao Tse-tung. So what about Somaly Mam, what is her story… 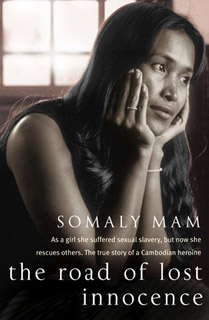 There is Somaly Mam‘s story [her story she Made, and the one I Made], and then there are stories about her, from journalists that were made.  There is a disagreement in what the stories are true or not true.

Of course, “true” and “not true” are rather vacuous concepts in a complex world: they are incomplete concepts– Stereotypes?  No, “not stereotypes” — UNLESS WE MAKE them.  Mistakes were made, but not by me.

“We stand on the story” — Simon Marks. [How about “we sit on the single story”]  What is Simon Marks doing now?

Not his job.  He is on to other things. He is not in Cambodia anymore.

“For more than 20 years, Emmy award-winning broadcaster Simon Marks has reported breaking and developing international news stories for many of the world’s leading television and radio networks.”

Who is the fraud?  Are Investigative Journalists responsible for their mistakes and their shades of truth and untruth?  The bottom of the story?  What about the bottoms of stories?

The world of journalism has moved on to new heroes, new villians, and new stories, however singular they are.

There are no more stories about Somaly Mam, nowdays.  We don’t know what happened, or will happen, except the Somaly Mam Foundation closed its door.  We know that Somaly Mam lost her international support.  Few want to be associated with her, and the investigative journalist Nicholas Kristof who initially featured her, is not planning to go to Cambodia in the near future.

“My story isn’t important, I only tell it to make visible the lives of the thousands of other women who have no voice.

4 thoughts on “The Danger of a Single Story”